America’s largest MOB owner explains what it looks for in a retail location By John B. Mugford Plenty of health systems and physician practices these days are setting up shop in retrofitted spaces in retail centers, including large shopping malls. But how does this get done, what malls make the best locations for such spaces, […]

Adding healthcare to retail areas is big trend. But what about adding retail to healthcare? By John B. Mugford The “retailization” of healthcare is a well-documented, recent and successful trend in the country’s medical delivery model. But what about the “healthcare-ization” of retail? Northwestern Memorial HealthCare, a 10-hospital system in Greater Chicago, has flipped the […]

Emerus exec’s motto is ‘See me a thousand times before you need me once’ By John B. Mugford Certainly, in this age of the “retailization” of healthcare delivery, finding convenient, highly visible locations in areas with “good demographics” is as important as ever for those planning new medical facilities. Even so, one professional who has […]

Feature Story: How to land business with health systems

Health system execs talk about what they expect from third-party firms  By John B. Mugford MINNEAPOLIS – It is likely that any professional or company involved in healthcare real estate (HRE) has a goal of providing services or capital for, or establishing a client relationship with, strong healthcare systems and providers. One very well-attended panel […]

Cover Story: The Next Stage

Stage Equity Partners plans to stick with the same proven acquisition strategy that has served it well during the past 10 years, but perhaps with a few tweaks By Murray W. Wolf Conventional wisdom holds that a recession is a terrible time to start a business. However, some believe that it might just be the […]

Focusing on ‘the patient experience’ is no longer enough, ICSC speaker says By Murray W. Wolf For at least a decade, healthcare executives have been talking earnestly about “the patient experience” – the sum of all interactions that a patient has with a healthcare organization, including the people, processes, policies, communications, actions and environment. Not […]

Feature Story: ‘Lease vs. own’ examined during BOMA panel

Health systems should invest capital in other areas, one panelist notes By John B. Mugford MINNEAPOLIS – Lease vs. own? It’s a debate as old as time in healthcare real estate (HRE) – well, not quite that old. But for at least a few decades now – ever since third-party developers and investors became key […]

Feature Story: Capital partnerships are all the rage in HRE

For good reason, according to panelists at BOMA MOB conference MINNEAPOLIS — In the early days of the medical office building (MOB) sector, companies that had started to focus exclusively on developing, acquiring and managing such facilities often relied on a network of high net worth individuals, friends and family included, to invest in their […]

Event enjoyed near-record attendance and high marks for content, networking MINNEAPOLIS – It is our understanding that the seeds of the BOMA International Medical Office Buildings + Healthcare Real Estate Conference were planted in 2003. That’s when a “Medical Office Buildings Seminar” was offered as part of the annual BOMA International Annual Conference and The […] 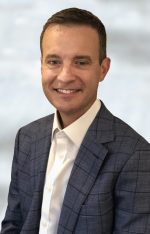 Anchor Health Properties led in two categories, with PMB topping the other (UPDATED) The rankings of the top outpatient healthcare real estate (HRE) developers in 2018 are complete, as Arnold, Md.-based Revista has released the results of its third annual development report. The company, which focuses on thoroughly compiling and disseminating data concerning the HRE […]

At InterFace West, executives talk about adapting to a changing landscape  LOS ANGELES – Competition from the likes of Amazon, CVS and Walmart. The continued consolidation of health systems and physician practices. Increased competition from other, often growing, health systems invading new turf. The need to get out into the community to provide services in […]

Feature Story: Development on the rise

Panelists at InterFace Healthcare West talk about the market, trends and the future By John B. Mugford In the years since the Great Recession, the amount of medical office building (MOB) development has remained relatively steady, according to at least a couple of sources. And yet, during a panel session last week concerning healthcare real […]

Feature Story: The case for investing in HRE remains strong

Panel at Revista conference discusses the pros and cons of the sector SAN DIEGO – As brick and mortar retail stores flounder and pricing for industrial and multi-family properties continues to soar, many investors in recent years have started to look to “niche” commercial real estate (CRE) sectors to round out their portfolios. One of […]