Feature Story: Development is digging back in

After a predictable plunge in 2020 due to COVID-19, construction is cranking 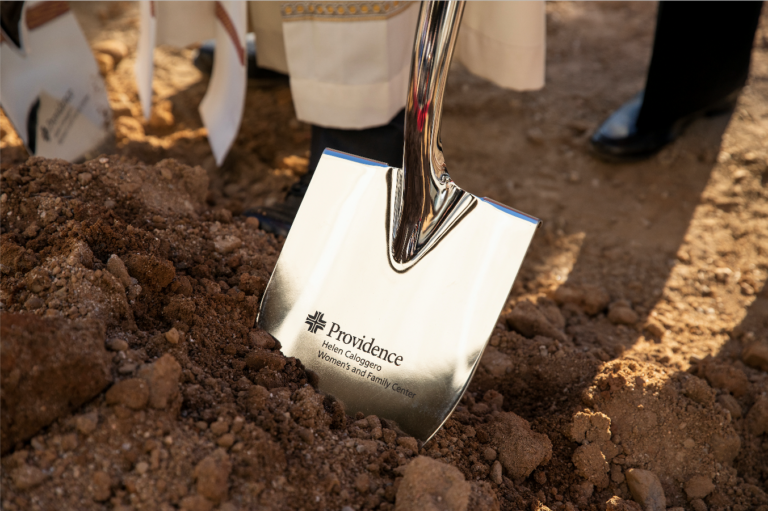 Healthcare real estate (HRE) development activity roared back last year, and it looks like the building boom will continue into 2022.

There was a predictable plunge in HRE development in 2020 due to the COVID-19 pandemic, as the total square footage of projects “started or completed” was 48.15 million square feet, a decline of about 9.7 percent from 2019, according to the 2021 Outpatient HRE Development Report (based on 2020 data) from the HRE research firm Revista.T

That was down from the 53.3 million square feet of outpatient HRE projects started or completed during 2019, which was the highest total since Revista started its development report in 2016.

Not surprisingly, the biggest decline in 2020 was in the “projects started” category, where pandemic shutdowns, delays and uncertainty – along with associated labor shortages, supply chain issues and construction materials cost increases – reduced total square footage of projects started by about 14.6 percent to 24.6 million square feet versus 28.8 million square feet in 2019.

But 2021 was an entirely different story. Although Revista’s new 2022 development report (based on 2021 data) did find double-digit declines in the “projects completed” category last year, that was primarily a hangover from the pandemic-driven 2020 decline in project starts.

■ the square footage of projects started was 28.8 million, up 28 percent; and

As a result of the uptick in starts and delays in projects being completed, Q4 2021 had the largest pipeline of medical office building (MOB) projects underway but not yet completed as at any time during the past seven years, with 50.6 million square feet under construction as of Q4, Revista reported during its Medical Real Estate Investment Forum conference in San Diego in March.

The upward trend is continuing this year, with Revista projecting that 26.3 million square feet of MOB space will be completed by the end of this year, an increase of  30.2 percent over 2020.

“Starts have been outpacing completions for several quarters, which should result in higher completions levels,” Mike Hargrave, a Revista co-founder and principal, tells HREI™.

So far, Revista’s projections aren’t quite as lofty for 2022 construction starts and projects in progress by the end of the year. But Mr. Hargrave notes that those figures are “a bit of a moving target” because the number of construction starts is sure to increase as the year goes on and more projects are announced.

The return to pre-pandemic levels of outpatient HRE development is also more than just a short-term bounce, according to Hilda Martin, another Revista co-founder and principal.

During the Revista conference, she pointed out that the strong development numbers in part “reflect what we’ve all been saying about this sector all along: That it is a strong sector with an ongoing strong demand for space. We have an aging population that needs more services, and we recently had a record enrollment of people that signed up for” insurance plans in the Patient Protection and Affordable Care Act (PPACA).

“In addition,” she continued, “we have an aging inventory of MOBs throughout the country, as the average of outpatient facilities in our data base is 30 years old and many of these, they need to be replaced with facilities that can accommodate today’s healthcare technology.”

When it comes to HRE development, another closely watched data point is the share of projects started and completed by third-party HRE development firms as opposed to projects that are “self-developed,” i.e., financed and project managed by the associated healthcare providers.

And there was good news for third-party developers last year, as the percentage of outpatient HRE projects started by third-parties increased to 45.9 percent in 2021 from 44.7 percent the previous year, according to Revista’s data.

What’s more, as a greater percentage of a growing base of total HRE development, third-parties’ rising share of development projects represents an even more sizable increase in their total project volume – 12.9 percent – rising to more than 13.1 million square feet of project starts in 2021 versus not quite 11.6 million in 2020.

Individual outpatient facilities are also getting bigger. As hospitals and health systems continue to shift more services to outpatient facilities, they are looking to build, or have constructed for them, multispecialty, one-stop healthcare facilities, Mr. Hargrave noted during the Revista conference. As a result, the average size of newly built MOBs continues to grow.

Revista’s encouraging development data jibes with the firsthand experiences of many HRE developers HREI has spoken with recently. But if there are challenges facing the HRE development sector, they lie with labor shortages, supply chain issues and rising construction materials costs, as well other effects of rising economic inflation, developers say.

During the HREI Editorial Advisory Board meeting in late March, Mark Toothacre, president of San Diego-based PMB, a longtime HRE development firm, noted, “Some projects that firms are working on might not be able to be completed. Luckily, our firm is building in some fairly high inflationary assumptions in our cost development cost budgets, so we feel pretty good about those still moving forward.” Mr. Toothacre added that the sector is going to ride the wave of the aging population in coming years.

“Throughout my entire career we’ve all been talking about this demographic boom that’s coming along at some point,” he said. “It’s finally here. So that’s going to drive this business for the foreseeable future.

“But then, we have all these transitory issues that we’ve been discussing: rising interest rates, (low) cap rates, (rising) construction costs, supply chain issues, and I feel like, you know, we as a sector are going to be able to handle those challenges even though it’s kind of hard to tell where they’re all going to land.

“But, assuming that over the next 12 months these issues will shake out and we’ll be able get to a new normal.”

Another HREI board member, Devereaux A. “Dev” Gregg, executive VP of development with Charlotte, N.C.-based Flagship Healthcare Properties, added that he, too, sees plenty of opportunities on the development front.

“We’re going to have a record number of groundbreakings this year, unless the supply chain issues delay us,” he said. “That’s a very big concern, as is inflation and rising costs of construction. As a developer, you can only raise rents so high to cover the costs of your project, and if construction costs increase too much it could put some deals on the shelf.”

However, as is the case for many other HRE developers, Mr. Gregg said he believes clients will turn to experienced and successful firms to not only build projects for them, but to advise them as well.

Greg Venn, president and CEO of longtime HRE development and ownership firm NexCore LLC, which is based in Denver, said that although there is a possibility of a recession in the next year or longer, such an event “will not impact our business because of all the various things that we’ve been talking about here, because of how strong healthcare is, with the strong current and growing demand for services.

“So, from that standpoint, the ironic part of it is that our business (NexCore) is probably going to see as much or more in total development volume as we’ve ever done, and I would expect that to continue and be about the same in 2023.”

Malcolm S. Sina, chairman of Palm Beach Gardens, Fla.-based Sina Companies, a longtime HRE development firm, added that while 2022 should be “banner year for us, I foresee 2023 as being better based upon the pipeline that we have in existence right now.”

When it comes to development, another red flag is the danger of overbuilding. But most of the developers HREI has spoken with say they are not concerned that all the new construction might result in an oversupply of HRE space. Occupancy levels remain high (at an average of more than 93 percent nationwide) and have been rebounding since Q3 2021, Revista data shows. Likewise, in most geographic markets, absorption is exceeding the amount of new product coming online.

Adding to those strong fundamentals, it should also be noted that – unlike the superheated life sciences sector – significant speculative development remains nearly unheard of in the HRE space.