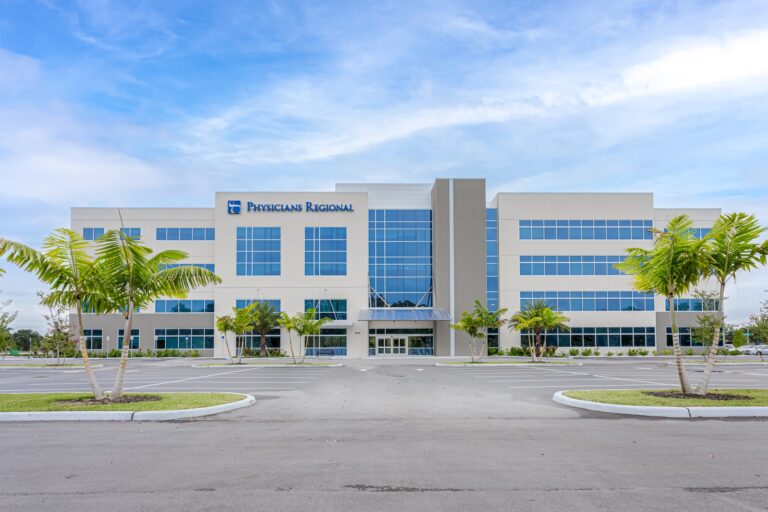 One of the dominant themes in the healthcare real estate (HRE) sector in recent years has been that of experienced HRE companies teaming up with well-capitalized investment firms for facility development and acquisitions.

The operating companies contribute industry expertise and relationships, while their investor-partners provide capital – enabling both joint venture (JV) partners to grow faster and further in the HRE space than they could on their own.

The latest such collaboration involves one of the sector’s larger HRE firms, Pensacola, Fla.-based Catalyst Healthcare Real Estate, which has “acquired, developed and serviced more than 4 million square feet of healthcare facilities with a total value exceeding $1.2 billion dollars” since its founding by CEO Chad Henderson in 2010.

Catalyst has formed a new JV with Washington, D.C.-based National Real Estate Advisors, which was established in 2010 as a subsidiary of National Electrical Benefit Fund as an investment manager involved in developing and managing large-scale projects. According to National, by 2021 its “commingled open-end fund (had grown) to $3.1 billion net assets under management with 49 managed investments.”

Catalyst and National kicked off the partnership with $420 million of transactions involving two portfolios: one being a late 2021 recapitalization of a portion of Catalyst’s portfolio, with that portion of the $420 million deal comprising about 90 percent of the overall transaction; as well as a “net new acquisition that closed after the first of the year in 2022,” Mr. Henderson tells HREI.

In aggregate, the portfolios are 92 percent leased, with 88 percent of the leased space occupied by health systems and regional physician groups, according to National and Catalyst.

Jeffrey Kanne, president and CEO of National, said in a news release, “These transactions underscore National’s commitment to investing in highly competitive, diverse markets that seek to generate long-term, healthy returns for our clients. We are thrilled to be able to acquire these portfolios of medical office properties alongside an experienced and talented operational partner such as Catalyst. This acquisition not only significantly scales our medical office portfolio but furthers National’s geographic diversification.”

HREI: A partnership such as this benefits both Catalyst and National, right? Can you tell us some of your thoughts about partnering with such a well-capitalized investment firm?

Henderson: Yes, National has agreed to place a large amount of equity with us, but they’re a lot more than just deep pockets. Just as important is our similar view of the power of real partnerships in the sector, our alignment in valuing strong relationships, and our collective approach to a long-term investment strategy.

HREI: Do Catalyst and National have a history prior to this?

Henderson: Catalyst and National already had several development projects in the partnership, but this was a recap of a large majority of our current healthcare portfolio.

HREI: Following the recap and the purchase of the other portfolio, what is the plan for moving forward with this new JV partnership?

Henderson: Based on our targeted leverage point and the current equity committed to the JV partnership, we expect to invest over $1.5 billion.

Henderson: We have had other institutional partnerships in the past, but this one is very unique because it is one pool of capital that is available for investing across the risk spectrum – everything from core acquisitions to developments. Having homogenous equity helps to build flexible and long-standing partnerships in healthcare while removing a lot of execution risk.

HREI: Can you tell us how this partnership came together, and why now?

Henderson: We already had several developments underway with National when this $420 million opportunity presented itself. Based on our experience of working together as well as National’s interest in the space, it made sense to partner together programmatically.

HREI: In today’s competitive HRE landscape, is it kind of a necessity for a firm like yours to have a capital partner, what with pricing for acquisitions so high and development yields so low?

Henderson: Having a like-minded institutional partner is a necessity to compete at scale in any market environment, but as mentioned before, National’s approach to investing, specifically in this JV, will be extremely effective in healthcare real estate while positively impacting healthcare delivery.

HREI: You’ve focused mostly on MOBs, but have also delved into other HRE facility types. Will you do more of that as you move forward?

Henderson: Yes, in order to be a good real estate partner in healthcare, you need to be able to work in the entire continuum of care, from sub-acute to post-acute. The majority of our business involves MOBs, but we’re well versed outside of that, too.

HREI: Can you give us an indication of the size of the Catalyst portfolio, and how does your pipeline for both purchases and developments look moving forward?

Henderson: Our current portfolio is approximately $550 million, with another $150 million of assets under construction. Catalyst’s current pipeline is extremely robust, and we expect to continue that strong velocity that we saw in 2021.

For more information, and to see a news release concerning the transaction and the formation of the JV, please see below.