The seller was not disclosed, but industry sources say it was Harrison Street 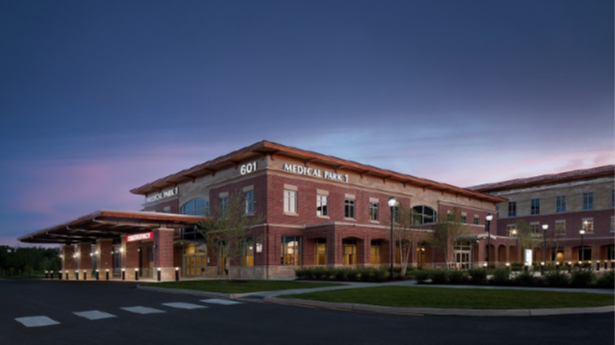 Healthpeak has not revealed the specific properties that were part of its 14-MOB portfolio acquisition. But in its “Q1 Earnings Release and Supplemental Report,” the cover photo caption states that the property shown, which HREI has determined to be 601 Watkins Centre Parkway in Midlothian, Va., occupied by Bon Secours Mercy Health, was acquired in April. The timing and health system affiliation are consistent with what the REIT reported about the transaction. (Photo courtesy of Healthpeak)

News of the purchase surfaced in the Q1 earnings report recently released by the publicly traded real estate investment trust (REIT) as well as during the REIT’s May 5 earnings call with securities analysts, during which officials discussed certain aspects of the acquisition.

In its Q1 earnings report, Healthpeak notes that the deal was an “off-market” one and that the facilities are all on hospital campuses or are in off-campus locations but affiliated with “investment grade health systems.” The MOBs, according to Healthpeak’s Q1 report, are heavily concentrated in the markets of Minneapolis, Chicago, Philadelphia, Washington, D.C., Los Angeles and Dallas.

The names of the systems affiliated with the portfolio also provide insight into the locations of the properties, as they include: