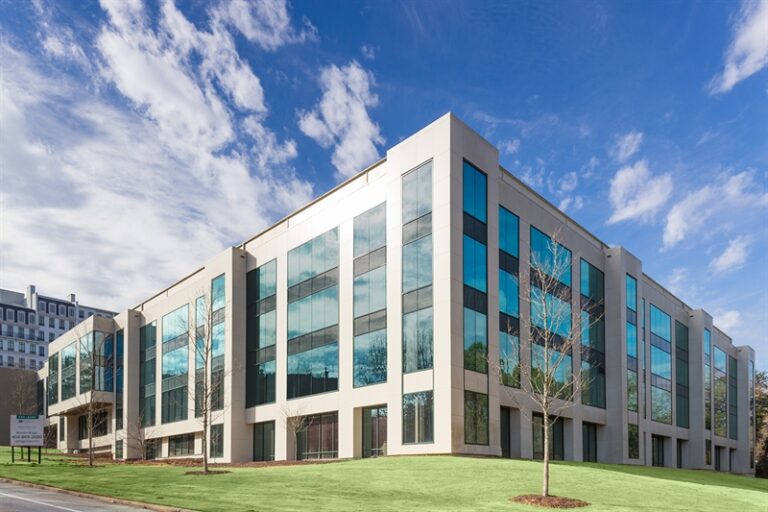 Although absorption of medical office building (MOB) space remains strong in the country’s top 50 markets, one market really stands out when it comes to demand for the product type.

This data comes from the team with Arnold, Md.-based Revista, a firm that compiles and provides a wide array of healthcare real estate (HRE) data for its subscribers. Revista held its Q3 subscriber webcast Oct. 27 and HREI previously reported on the presentation, focusing mostly on nationwide statistics, including cumulative data from the country’s top 50 markets.

In this article, we’re focusing on data presented during the webcast that took a closer look at and ranked individual markets.

The webcast was hosted by Hilda Martin and Mike Hargrave, both Revista principals. Joining them was Collin Hart, CEO and managing partner of Irvine, Calif.-based ERE Healthcare Real Estate Advisors.

Looking specifically at Greater Atlanta and its strong MOB absorption rate, Ms. Martin noted that the market had a “difficult time” in 2020-21. In fact, during Q3 2021 (TTM), the Atlanta market experienced a negative absorption of nearly 100,000 square feet of space.

“But Atlanta has really rebounded the last couple of quarters,” Ms. Martin noted. “Demand for space is strong and, as a result, absorption has come back. And there really aren’t a ton of deliveries on the horizon either, which means space should remain in strong demand there.”

Ms. Martin added that a number of the markets where absorption has been strong also went through some difficulties during the early days of the COVID-19 pandemic.

“A few of these markets had an intense amounts of MOB project completions heading into COVID,” she said. “Good examples are Chicago and Dallas, as Chicago had over 1 million square feet of deliveries on an annual basis in 2018-19, and you saw that negatively affect that market with the shutdowns in 2020. But now you see that coming back really strong.”

The Dallas market, Ms. Martin added, “saw nearly 2 million square feet of annual deliveries running up to the start of the pandemic, and you really see that market coming back now with well over 900,000 square feet absorbed over the last year and just over 300,000 square feet of deliveries. So, you’re really seeing that demand pick back up after a bit of lower demand during the COVID period.”

When it comes to MOB sales, Greater Los Angeles has led the country during the past 12 months, with the volume totaling $1.37 billion. That market was followed by Greater New York, which saw sales of $1.25 billion.

In Los Angeles, the transactions recorded over the year involved about 2.41 million square feet of MOB space at an average price per square foot (PSF) of $557. The average PSF in New York was $508.

In order to avoid skewing the data, Revista chose not to include sales involved in the Q3 merger of Healthcare Trust of America (HTA) and Nashville, Tenn.-based Healthcare Realty Trust Inc. (NYSE: HR), whose entity-level transaction involved about $11 billion worth of MOB sales.

Rounding out the top five markets for MOB sales volume during the last year were: Atlanta, with about $700 million of sales; Dallas with $670 million; and Chicago, with $620 million.

“Cap rates remain very low in some of these top markets,” Mr. Hargrave said. “San Francisco is certainly a trophy market, as are Los Angeles, New York and Boston, where cap rates are traditionally low.”

Absorption of MOB space has been strong in the country’s top 50 markets, as according to the firm’s RevistaMed database, there was a total of 18.1 million square feet of space absorbed in Q3 (TTM), marking the highest total in the past 15 quarters. As a result, the occupancy rate in the top 50 markets stood at 92 percent in Q3 (TTM), also the highest rate in the past 15 quarters.

However, Ms. Martin noted that not all markets are seeing such strong absorption rates.

She pointed to Seattle, which she noted has “historically been a tight market” when it comes to occupancy and strong absorption of MOB space.

“But Seattle saw a negative absorption of space in Q3,” she said while pointing to a slide titled, “Seattle is hitting some headwinds in 2022.”

According to RevistaMed data, Seattle saw a negative absorption, or loss of occupancy, of nearly 200,000 square feet of MOB space in Q3.

“Seattle is a market that has seen negative absorption in its overall office market as well,” she noted, “as it is a market where many workers on working from home instead of going into the office. It’s a market we will keep watching.”

Seattle could see even more difficulties for absorbing MOB space in coming quarters, as the market expects to see nearly 200,000 square feet of new space delivered by Q1 2023, according to RevistaMed data.

While showing a map indicating where MOB rents are rising the fastest in the country, Ms. Martin noted that while year-over-year MOB rents grew 2.1 percent in the top 50 markets, the spread between the markets with highest growth in rents and other markets is “growing, becoming wider.”

The market with the second highest year-over-year rental growth
was Boston at 5.1 percent, Ms. Martin said.

“There’s also a lot of strong rent growth in Florida markets, as Orlando, Tampa and Miami were all over 3 percent,” she noted, adding that Charlotte, N.C., had rental growth of 3.1 percent.

Houston is tops in MOB construction

When it comes to MOB construction, Mr. Hargrave said “we’ve been watching to see whether construction throughout the country would slow anytime soon, and it does not look like that’s happening.”

A couple of markets, Mr. Hargrave noted, have a large amount of MOB space under construction when compared to the existing inventory.