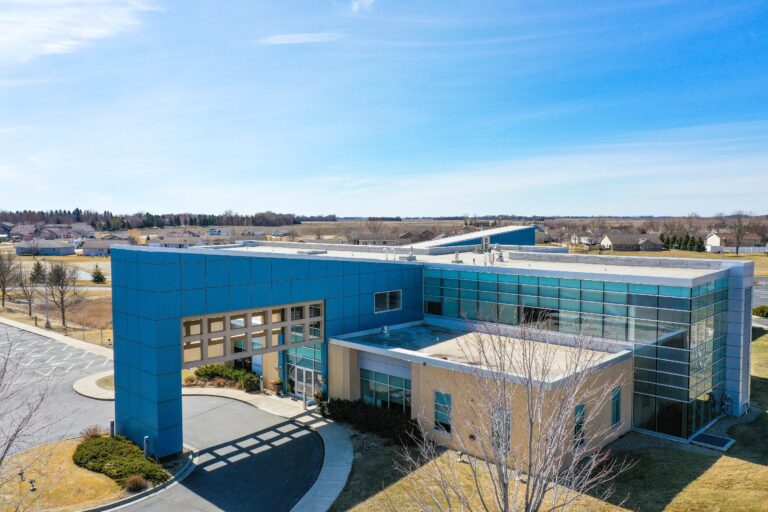 EIGHT STATES – In recent months, getting transactions done in the medical office sector, or perhaps any real estate sector for that matter, has often been quite difficult.

With inflation in the high single digits and the federal funds rates rising steadily, as well as other uncertainties, the difficulty lies not only in buyers having difficulty finding affordable debt but in trying to find clarity in the prices for assets, which have been a moving target that has left many would-be investors waiting for some stability.

But deals are still getting done, as evidenced by a recent acquisition by the year-old programmatic joint venture (JV) partnership of Jupiter, Fla.-based Rendina Healthcare Real Estate, a long-standing healthcare real estate (HRE) development and management firm, and Chevy Chase, Md.-based Artemis Real Estate Partners, which was founded in 2009 and has invested about $9.5 billion in various sectors of real estate with about 100 operating partners. The partners made a rare, large purchase – at least rare and large compared to what has been taking place in the market in recent months. Artemis made the investment on behalf of West Sacramento, Calif.-based CalSTERS, the California State Teachers’ Retirement System.

Although no one involved in the transaction would disclose pricing information, industry sources tell HREI that the sale price was an estimated $122 million for the 352,981 square foot portfolio, or about $346 per square foot (PSF). The capitalization (cap) rate, or first-year estimated return, was about 5.75 percent, those sources say.

The portfolio includes 10 medical office buildings (MOBs), plus two dialysis clinics occupied by Denver-based DaVita Inc. (NYSE: DVA) with a total of about 18,000 square feet accounting for the remainder of the space.

With the sale, and its previous sale of a five-MOB, 48,000 square foot portfolio of dialysis clinics in five states to Boston-based MassMutual for $17.35 million in September, White Oak, according to industry sources, has exited the MOB sector. Newmark’s healthcare team also represented White Oak in that sale of the portfolio of single-tenant assets occupied by Fresenius Medical Care (NYSE: FMS).

Richard M. Rendina, chairman and CEO of the HRE firm that has developed and acquired about 8.3 million square feet of space during its 35-year history, tells HREI that he could not provide specific details of the firm’s acquisition of the White Oak portfolio with Artemis.

However, Mr. Rendina did say: “We’re excited about this purchase because of the fundamentals – the strong occupancy and strong tenants – and the ability to add a portfolio of assets such as this to our portfolio with Artemis. This also gives us an opportunity to provide the property management of these assets.”

According to Newmark, the portfolio includes 10 assets located in Certificate of Need (CON) states, a weighted average remaining lease term (WALT) of 6.6 years, and average annual rental rate increases of 2.2 percent. At net operating income per occupied square foot of about $21 NNN (triple net), average rents across the portfolio are about 10 percent below national portfolio averages traded during the past five years.

“More than half of leased space is occupied by leading health systems, credit tenants and dominant physician networks,” according to Newmark.

Mr. Miele adds that the portfolio provides a “good mix of single-tenant assets with longer term leases,” about half of the square footage, combined with multi-tenant assets in which tenants are on shorter-term leases.

“It’s a nice blend, as investors are looking for both durable, long-term rental growth along with the ability to increase rents for some space, pushing the NOI (net operating income) during a time of rising interest rates and inflation,” he says. “This portfolio provides that,” he says.

Mr. Miele adds that the Newmark HRE team is proud of the fact that it advised Rendina on the recap and formation of its partnership with Artemis and was also part of a transaction to help the JV grow its portfolio.

The Rendina-Artemis JV’s portfolio did indeed receive a strong boost with this most recent acquisition, as it now has invested about $300 million, including a recent $16 million acquisition of a 62,535 square foot MOB in Clifton, N.J., and the ongoing development of a 134,966 square foot outpatient campus and MOB for The Jackson Clinic and Baptist Memorial Health Care in Jackson, Tenn.

The JV, as HREI reported in October 2021, was launched with a $116.5 million recapitalization of a six-MOB, 229,645 square foot, 99 percent occupied Rendina portfolio of assets. The partners say they plan to make investments, both acquisitions and developments, of about $1 billion in the coming years.

Rendina, according to Mr. Rendina, has a strong pipeline of development projects both under construction – it started about 350,000 square feet in 2021 that will be completed in coming months – and in planning. It also started construction earlier this year, in partnership with White Plains, N.Y.-based Rethink Healthcare (formerly Seavest Healthcare Properties), on three freestanding emergency departments (FEDs) and urgent care centers in the Jacksonville, Fla., market for UF Health.

“We’re staying very active in development, and we’re also excited about adding John Fry to lead our acquisitions team,” he said in reference to the firm’s new senior VP of acquisitions who was previously with Chicago-based Remedy Medical Properties, a prolific acquirer of MOBs in recent years.