Feature Story: Working through ‘price discovery’ in the MOB market

InterFace panel discusses current headwinds and the positive, long-term prospects of the sector 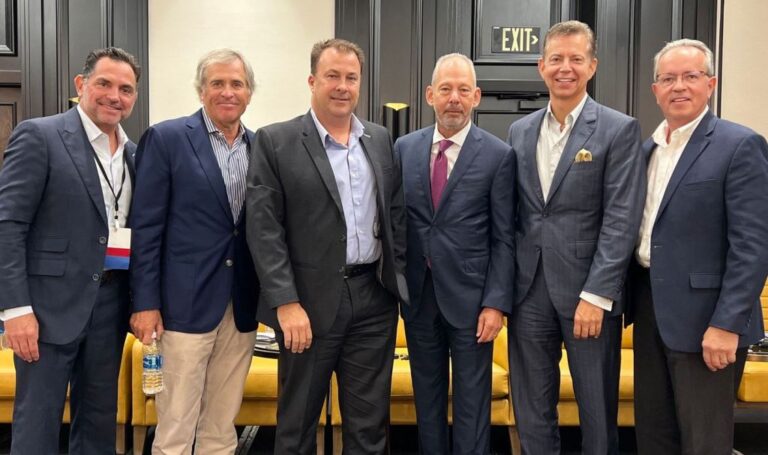 Perhaps the best way to describe the current state of the healthcare real estate (HRE) sector is to say it’s a bad news, good news situation.

“I must say that this is going to be kind of a bad news, good news, discussion, right?” said Mr. Wolf, the moderator of the panel focusing on the state of the HRE sector. “We’re going to talk through what’s happening in the economy and so forth, and how that’s impacting our industry.

“But I think, at the end of the day, if you hang in there with us, there’s still a positive message at the end and we’ll talk about the good fundamentals that have always been a part of our industry.”

In turn, these headwinds have caused a bit of a slowdown in medical office building (MOB) sales because of what can be described as a disconnect between sellers’ pricing expectations and what buyers are currently willing to pay. Specifically, many sellers still expect to get the kind of pricing they would have received six or 12 months ago, but – because debt is now more expensive and difficult for buyers to obtain – many would-be buyers are holding off.

Mr. Wolf highlighted some of the economic woes currently facing the country, such as the fact that inflation hit a 40-year high of “9.1 percent in June of this year, before easing slightly to 8.5 percent in July.”

He added that in response to the high rate of inflation, the U.S. Federal Reserve Bank, “after two years of historically low, near-zero interest rates during the (COVID-19) pandemic … has raised interest rates four times already this year, pushing borrowing costs to the highest level since 2019,” with the possibility of another “unusually large increase” soon.

“Last year, when I introduced the same panel,” Mr. wolf said, “we were first coming out of the depths of COVID-19 and I said, and I, quote, “Most US economic indicators are positive, or at least stable. So, there don’t seem to be too many red flags on the horizon. In fact, many economists believe the U.S. economy is poised to boom.

But as Mr. Wolf promised, the discussion indeed ended on a positive note, as the panelists noted that the HRE sector typically comes through recessions, or other economic downturns, on solid footing.

“You know, 2008-09 was a really bad time and people may not remember that somehow we all made it through that, and on the backside of that, it was, (our sector) was tremendous,” said Roman Kupchynsky II, managing principal with Dallas-based MedProperties Holdings, a PE firm that invests exclusively in HRE facilities.

“So I think it’s just a question of time, as we need to get through this period of time and, you know, we’ve been involved in in IRFs (inpatient rehabilitation facilities) and LTACHs (long-term acute care hospitals), skilled nursing and other alternatives for years, and (because of these diverse property types) this is still a great sector to be involved in. This will work itself out in a period of time. It may take a little bit longer than last time, but it’s going to work itself out.”

The session was titled, “State of the Industry Report: The World Has Changed — What Comes Next?”

In addition to Messrs. Wolf and Kupchynsky, the panel comprised:

Mr. Winer of Seavest noted that he believes the HRE acquisitions sector is currently in “a period price discovery right now” that could last, in his opinion, into 2023.

“This typically happens when there’s this kind of macroeconomic change,” he said. “I think that right now we have a lot of recent sellers who are kind of having seller’s remorse. They didn’t sell in time (in order to receive record-setting pricing and low capitalization rates), and now they’re trying to think about their home run that was maybe a double that turned out to be a break-even (deal).

“I think there is some fundamental resetting going on here so,” he added, “which doesn’t mean it’s a horrible thing.

Mr. Asher of CBRE said that while others in the sector are seeing a slowdown in deal volume, he is seeing plenty of transactional activity despite the fact that “the profile of the deals have become more challenging, debt markets are super choppy and (some of the) lenders that are out there are hitting the pause button.

“It’s tougher to find new debt, which makes deals harder to underwrite, but overall we’re still seeing activity and it feels like, yes, we’re in a recession,” he said. “There are challenges on the horizon, but (the HRE sector) is fundamentally in really good shape because of the asset classes that we’re all focused on are performing very well.

“So, from our vantagepoint business is still pretty good. It’s just slower, there’s not a lot of large portfolio deals out there, but there’s a lot of individual deals. And there’s sellers who have managed expectations that have to reset, because the returns are different than what they used to be.”