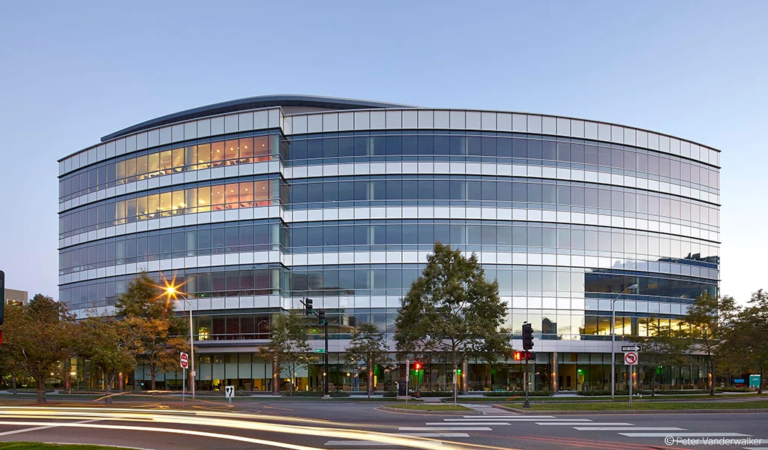 When top life sciences firms start shedding space, as Biogen plans to do in Cambridge, Mass., it gets your attention. But sources say LSRE remain a good long-term bet. (Photo courtesy of Vanasse Hangen Brustlin Inc.)

NATIONWIDE – OK. Let’s get the bad news out of the way first.

Inflation hit a four-decade high of 9.1 percent in June and, although the annualized rate eased slightly to 8.5 percent in July, U.S. Federal Reserve Board Chairman Jerome Powell declared last month that he does not think inflation has peaked.

So the Fed continues to try to tamp down inflation by raising interest rates. As of this writing, the Fed funds rate is 2.33 percent, which sounds pretty good until you realize that represents a 3228.57 percent increase from one year ago, when the Fed funds rate was nearly zero. So, yes, those interest rate hikes should eventually help to tame inflation by increasing borrowing costs and reducing consumer spending. But that’s cold comfort for those who need to borrow money today.

Meanwhile, U.S. Gross Domestic Product (GDP), which was $19.68 trillion on an annualized basis as of the end of the second quarter (Q2), has declined for two consecutive quarters, which is the textbook definition of a recession (although whether you accept that or not depends on which political party’s spin you prefer).

Either way, capital markets don’t like this kind of uncertainty. That has prompted some lenders and investors to cut back on both of those activities. Most notably for the life sciences sector, Q2 venture capital (VC) funding fell by 13.3 percent quarter-over-quarter (QOQ) and by 27 percent year-over-year (YOY).

Economic uncertainty has also prompted many investors to dump growth stocks in favor of value stocks and bonds. As a result, after being a darling of investors for the previous two years, shares of many publicly trade life sciences companies have taken a beating in 2022. The year-to-date (YTD) total return for the S&P 500 Pharmaceuticals, Biotechnology & Life Sciences Industry Group is about negative 5 percent. And the individual stocks of many of the world’s largest life sciences companies – which are also some of the largest LSRE tenants – are down by deep double digits YTD, such as Illumina Inc. (Nasdaq: ILMN), down more than 39 percent; Horizon Therapeutics PLC (Nasdaq: HZNP), down about 37 percent; Moderna (Nasdaq: MRNA), down about 31 percent; Zoetis Inc. (NYSE: ZTS), down more than 28 percent; and Abbott Laboratories (NYSE: ABT), down more than 20 percent.

Given the state of the financial markets, initial public offerings (IPOs) have also plunged so far this year. In its recent “Pharmaceutical & Life Sciences: Deals 2022 Midyear Outlook” report, PricewaterhouseCoopers (PwC) said there have only been 14 biotech IPOs announced so far this year, compared to 104 in 2021.

As debt and equity capital has dried up, a range of life sciences companies have felt compelled to shelve certain projects and expansion plans, as well as headcount. The same PwC report noted that more than 60 companies announced layoffs in the first half of 2022. The pace of the layoffs has been so brisk that, just yesterday, the website Fierce Biotech launched a Layoff Tracker, commenting, “The pace of biotech layoffs is coming so fast that even we at Fierce Biotech could not write our feature on the issue fast enough to encapsulate them all. As we hit publish on our story, more companies announced they were letting staff go.” As of yesterday (Aug. 11), 75 biotech companies had announced layoffs TYD, according to Fierce Biotech.

And although most research needs to take place in a lab, the COVID-19 pandemic proved that most office work doesn’t. As a result, some life sciences companies are postponing new developments and slashing their space requirements.

And some companies are cutting back for more specific reasons. The Boston Globe reported Tuesday that Biogen Inc. (Nasdaq: BIIB), a top 25 global life sciences firm, “is moving to scale back its real estate footprint in Kendall Square and in Weston (Mass.), as the Cambridge-based biotech company aims to cut $1 billion in costs in the wake of a disastrous rollout of its Alzheimer’s drug Aduhelm.”

Biogen, which previously said it plans to lay off up to 1,000 employees, has listed more than 183,500 square feet of office space for sublease at 300 Binney St., one of five buildings it has in Cambridge, as well 80,000 square feet at 133 Boston Post Road in Weston, according to the Boston Business Journal. The firm currently occupies a little more than 1 million square feet in Cambridge, about evenly split between owned and leased space.

Biogen’s situation is a stark reminder of just how risky the life sciences business came be, as their success can hinge of drug development efforts that can top $1 billion or more.

Which, at last, brings us to the implications of all this for the real estate – and they are pretty simple: Economic uncertainty, reduced access to capital, curtailed expansion plans and fewer employees all add up to reduced demand for life sciences space.

Enough! Can we hear the good news?

Although all of this is clearly cause for deep concern, there are also quite a number of reasons to remain optimistic about the prospects for the life sciences industry – and LSRE – industry sources seem to agree.

The U.S. LSRE sector remained strong in Q2 with growth in lab space at the largest life science hubs nationwide and increased construction activity, despite challenges in the economy and a “plunge” in funding in the first half of 2022, according to two recent reports by real estate services and investment firm CBRE Group Inc. (NYSE: CBRE).

Although the report found both gains and losses in the space, the gains seemingly won out.

Despite the wave of layoffs we talked about earlier, the report found a net increase in life sciences employment in Q2, with 5.5 percent YOY growth – a 0.9 percent increase above the three-year average growth rate of 4.6 percent. Especially impressive, the biotech R&D sector showed a record 13.5 percent increase in year-over-year job growth.

How is this possible given the layoffs we mentioned above? Well, not every life sciences firm is suffering these days. Some more established Big Pharma firms continue to do just fine. The stock price of Merck & Company Inc. (NYSE: MRK) is up 16 percent this year, for example. And even though its stock price is down more than 18 percent YTD, Pfizer Inc. (NYSE: PFE) is projecting nearly $100 billion in revenue this year, primarily driven by sales of its COVID-19 vaccine. And, on Monday, Pfizer announced the $5.4 billion acquisition of Global Blood Therapeutics (Nasdaq: GBT), a sickle cell disease-focused company.

Also on the upswing during Q2, according to CBRE, was leasing activity, especially among those aforementioned Big Pharma firms, along with asking rents in the top 12 markets. The result? Lab vacancy rates dropped 0.1 percent, to 5.2 percent from 5.3 percent, and asking rents increased 5.8 percent QOQ to $54.77 per square foot, triple-net.

The only “negative” sign in Q2 was a decrease in funding, CBRE said, but there was a bright spot in the statistic. CBRE’s second report, “Lab/R&D Space Market Remains Strong Despite H1 2022 Drop in Life Sciences Funding,” states that after peaking in 2021, “life sciences funding has plunged this year due to market uncertainty, falling company valuations and venture capital firms reducing their activity to focus on raising new funds.” But the 13.3 percent drop in QOQ VC funding to $5.8 billion “was still greater than any other Q2 level prior to 2021.” The report also noted that the decline in funding “was sharpest in the IPO market, with an 84 percent year-over-year decrease in H1 (first half) 2022 funding,” with life sciences companies’ IPO activity cooling down to only 8 IPOs totaling $1 billion, compared to the much higher average of 38 IPOs per year in the decade between 2011 and 2021, with an average annual total of $4.2 billion.

Markets to watch, according to CBRE: Hot on the heels of Boston/Cambridge in the vacancy department – though with only about one-fifth of the total existing lab space – was Washington, D.C., with only 1.4 percent of its 10.7 million square feet available.

What are LSRE professionals saying?

So far so good. But what are LSRE professionals saying?

During the IMN LSRE Forum conference in San Diego last month, Bioscience Real Estate Insights (BREI) had the opportunity to hear from more than three dozen LSRE industry leaders. Anecdotally, the general consensus seemed to be that, yes, there will be a bit of slowdown for however long this economic uncertainty continues. However, fundamentals of the life sciences industry remain strong, as do the prospects for those who develop, design, build, lease, finance and invest in the associated real estate.

Comments from Adam Weinbaum, managing director of Alvarez & Marsal Capital Real Estate LLC, were fairly typical of the sentiments expressed during the conference.

Speaking during a panel discussion titled “Acquisitions, Due Diligence & Disposition Strategies,” Mr. Weinbaum noted, “I would say that this market … had been white hot for a number of years, and I don’t think we’re white hot anymore,” adding that this is “a really precarious time,” during which his firm, the private family office of New York-based Alvarez Marsal Inc., might remain on the sidelines for four to six months or more.

“And I know there’s another number of colleagues in other companies that are taking this similar approach,” he said.

However, Mr. Weinbaum, like most of the other speakers at the conference, said he was still confident regarding the long-term future of the LSRE space.

“It’s still a hot market and the story is still very much playing out,” he said. “We believe in it and cycles and the way things work.”

For complete coverage of the IMN “Acquisitions” panel discussion mentioned above, please see:

Life sciences: There will be a ‘hiccup,’ but LSRE prospects remain strong

Life Sciences: Red-hot LSRE sector poised for a bit of a cooldown