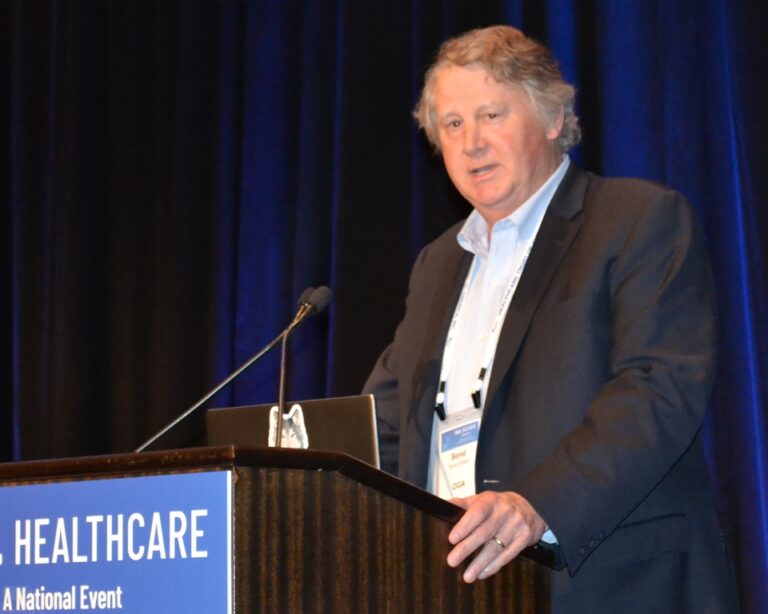 Bond Oman (above) and his late partner, Tom Gibson, the founders of Oman-Gibson Associates, were named the Lifetime Achievement Award winners as part of the 2021 HREI Insights Awards. (HREI™ photo)

SCOTTSDALE, Ariz. — As is often the case with successful business partners, Tom Gibson and Bond Oman brought very different strengths to the table in running their healthcare real estate (HRE) firm, which started while both were working in Nashville, Tenn., in the late 1980s.

Not only did each have different strengths, but, according to Mr. Oman, they were “polar opposites” in various aspects of life, including politics – where one was conservative and the other liberal – and college football, where Mr. Gibson was loyal to the Big 10 after graduating from Indiana University and Mr. Oman, as a University of Mississippi grad, has always been a fan of the Southeastern Conference (SEC).

“But we were perfect partners in business, and we were great friends,” Mr. Oman says. “We were practical jokers with each other and had lots of fun. And I can honestly say that while we might have disagreed occasionally, we never had one knock-down, drag-out argument in all of our years together. That’s how well we got along.”

With regard to their synergies, Mr. Oman adds: “I was the numbers guy and not very comfortable as a public speaker, and he was an idea guy, an eloquent speaker. I liked to call him the English Professor.”

Their partnership was certainly a successful one, as after starting to work together in the late 1980s they formed a development and project management firm, Holladay Property Medical Healthcare Group LLC, in the early 1990s. That eventually was rebranded as Oman-Gibson Associates (OGA). Over their years of working together, Messrs. Oman and Gibson developed more than 400 projects in 35 states.