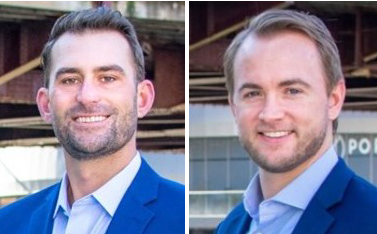 Chris Lashmet and Eric Lee had already cut their teeth in the healthcare real estate (HRE) sector at Chicago-based Ventas Inc. (NYSE: VTR), one of the largest and most sophisticated institutional HRE investors, when they made the leap in late 2020 to co-head the new medical office building (MOB) brokerage arm at Blueprint Healthcare Real Estate Advisors.

Since then, the two have wasted little time shaping the new division at the Chicago-based investment sales and analytics firm, which since its founding in 2013 has focused on brokering senior housing and skilled nursing care facilities. As of earlier this year, the firm had completed more than 415 senior housing transactions valued at $6.5 billion, making it, according to Blueprint, “the most-active advisor in the seniors housing and care space for four consecutive years.”

For Blueprint, the leap into MOB brokerage made sense, as the firm noted in announcing its new platform in April of this year: “Coupled with cross-over opportunities for the firm’s existing client base, the growth is an organic progression.”

In announcing its new platform in April, Blueprint also noted that it had hired Messrs. Lashmet and Lee to lead the new platform.

The firm’s first MOB deal came in recent weeks, when Blueprint announced the sale of