Q&A with the 12-year MOB sales veteran, who has taken a leadership role with the firm 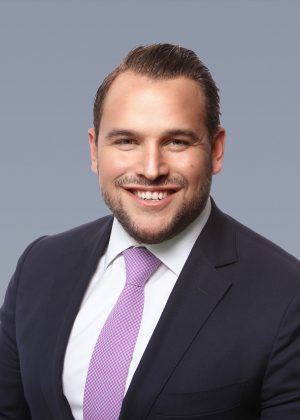 During his 12 years of being focused on brokering sales of medical office buildings (MOBs), Ben Appel has been involved in transactions totaling more than of $5 billion.

The Philadelphia native is staying home in his new role, as he joins NKF’s Philly office as an executive managing director specializing in MOB sales, equity placement and financings. According to NKF, adding Mr. Appel is part of a growing focus on healthcare real estate and healthcare clients.

“Since establishing the GHS platform in 2012, NKF has been dedicated to growing its national healthcare platform,” said Todd Perman, vice chair chairman of NKF’s GHS group. “Bringing on leaders in healthcare real estate, like Ben, continues to elevate our strategic focus on the needs of institutional and mid-market investors, developers, owners and managers.”

As part of growing its HRE focus, NKF in early 2019 brought on Chad Lavender and Ryan Maconachy as vice chairmen to lead the firm’s Healthcare & Alternative Real Estate Assets platform. The GHS and alternative real estate asset platforms have aligned and combined for a “combined volume of $15 billion over the past three years,” according to the company.

According to NKF, the MOB product type “straddles both the GHS and the Healthcare & Alternative Assets platforms … with each covering the MOB space in a slightly different way, leveraging one another as complimentary and collaborative resources to ensure that NKF is a one stop shop for healthcare real estate clients.”

Here is a recent Q&A with Mr. Appel, plus one question answered by Mr. Perman, leader of GHS.