Feature Story: Are MOBs still ‘recession resistant?’ We might soon find out 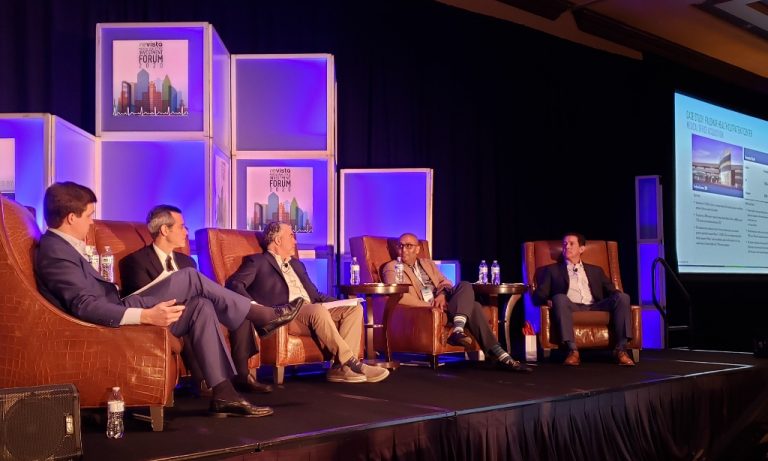 At the end of January, an economic downtown was not yet on the horizon, even though many businesspeople, including those involved in healthcare real estate (HRE), were thinking about and preparing for such a possibility.

After all, strong economic cycles usually last about six years, not the 10 or so years that the previous bull run was enjoying when more than 400 HRE professionals gathered in Palm Beach Gardens, Fla., for the annual Revista Medical Real Estate Investment Forum 2020, held Jan. 27-29 at PGA National Resort & Spa.

In light of what has transpired since then — an economic downturn driven by the shutting down of many business sectors during the COVID-19 crisis — one of the panels was quite prophetic.

During a discussion titled, “Capital Markets 2020: Executive Panel Discussion,” the professionals on stage shared their thoughts on how the medical office building (MOB) market would fare during a recession in which the stock market could drop, as a couple of panelists predicted, anywhere from 20 percent to 50 percent.

Much of the discussion was spent talking about the risk-reward factor of owning MOBs, with the panelists reiterating what many professionals in the sector have long touted: that MOBs are, for the most part, recession resistant.

The panel’s moderator, Zachary Crowe, managing director with Washington, D.C.-based The Carlyle Group, noted that the United States, at the time of the Revista conference, was in “one of the largest expansions … the economy has ever seen.”

He asked, “How do you factor that in when you’re looking at a new investment in the next five years and the potential for a recession?”

“I think about this every day, because I have been predicting a recession in the next year for the last three years, and I’ve been wrong,” Mr. Mitra of Welltower (NYSE: WELL), which has an MOB portfolio totaling about 24 million square feet of space.

In noting that capitalization (cap) rates, or first-year estimated returns, have been very low for MOBs for some time, Mr. Mitra noted that in underwriting such purchases  Welltower is “extremely cautious,” adding that “if you are in the real estate business and all you do is to underwrite cap rate, at some point you’re going to get caught.

“And I do think this batch of investors, in the last five years, have not underwritten the idea that medical office buildings will always be full,” he continued. “Personally, I think you will see that in next (economic) cycle this will not happen, and it will not happen because the systems on the other side of the lease, and I speak to a lot of these people on a daily basis, are really smart people. They understand the arbitrage. So, as long as we don’t push the basis too high relative to what it costs to build (new MOBs), I think our industry will be okay.”

Jim Seymour, senior managing director with McLean, Va.-based Capital One Financial Corp. (NYSE: COF), added that when considering the potential troubles that could occur with some real estate loans during a recession, the MOB sector “is the least area of my concerns. It seems to be the sector least-correlated with the performance of the general economy, especially if you properly underwrite the credit-tenant health system.”

Joey Lansing, senior managing director with Chicago-based Harrison Street Real Estate Capital, which has a large portfolio of MOBs among its investment funds, noted that the firm typically makes medical office acquisitions in the $25 million to $30 million range and “I just don’t see the wave coming and changing that dynamic in the 100 markets that we’re invested in.

“It is all about the health system,” Mr. Lansing continued, “and I think the goal in our business is saddling up to health systems and to not do just one transaction, but can you do the second and can you do the third? And, can you become their partner in a way that you can get out in front of those issues? The weighted average lease term in our medical portfolio is at least eight and a half years, which leaves me feeling pretty secure with that … a change in the economy is not going to have a dramatic effect on that part of the portfolio.”

During the discussion, the panel talked about a number of topics, including the risk-reward aspect of investing in MOBs at a time when cap rates are very low, how investors weigh their cost of capital when making MOB investments, and other topics.

Here are some of the additional points raised by the panelists: