A Message to Our Clients: State of the Capital Markets 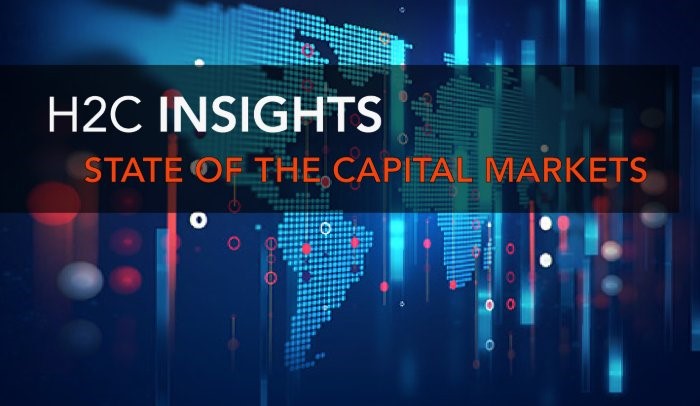 Last week’s extreme volatility in global equity and fixed-income markets was a stark contrast to the favorable environment health systems enjoyed in 2019. The S&P 500 declined 10 percent last week and is now 20 percent off of its highest levels hit less than a month ago. The 30-year U.S. Treasury Bond yield dropped to an all-time low of 0.98 percent on Monday and closed at just 1.56 percent on Friday, still near a historic low. After reaching an all-time low of 1.38 percent on Monday, 30-year MMD rose by 94 basis points in just four days, the largest ever four-day increase in MMD, hitting 2.32 percent on Friday, a level not seen since June 2019. Credit spreads on taxable and tax-exempt healthcare bonds also spiked rapidly as bond funds sold assets to support investor outflows for the first time in over a year. Several economists have predicted an economic recession, and over the weekend, the Federal Reserve slashed its benchmark interest rate to 0 percent, agreed to at least $700 billion in quantitative easing, and is coordinating with other central banks around the world to prevent further market disruptions.

For borrowers that are planning to issue debt in less than a year, rates may improve shortly. The “risk free” U.S. Treasury yield remains low, and we expect that health systems that have investment-grade credit ratings will be able to access the market at favorable rates again in the near future. Tax-exempt rates are likely to decline as investors look for relative value compared with taxable rates, and we expect investors to be attracted to health care’s higher credit spreads compared with those of “AAA’” general obligation bonds.

While markets will hopefully normalize soon, last week’s extreme volatility reminds us of the proactive strategies not-for-profit health systems can use to protect themselves during market distress:

Consider rate locks for bond issues within the next six to 36 months. While rates for MMD have increased significantly, long-term U.S. treasury yields and LIBOR rates remain near their all-time lows. Borrowers have the ability to use swaps and rate locks to hedge their interest rate risk on refunding and new money bond issues to limit their exposure to volatility. These instruments are typically not perfect hedges and should be used by sophisticated borrowers that understand the risks if a transaction cannot be completed or if rates on the hedged index and the underlying bonds moves in opposite directions.

Review variable-rate demand bonds for exposure to puts. Often during a flight to quality, interest rates on highly rated debt become so attractive that rates are negative. Similar to central banks in Europe and Japan that have set their target rates below 0 percent, it’s possible that the U.S. Federal Reserve could eventually consider further economic stimulus through a negative rate strategy to minimize the impact of a crisis. Should this happen, it increases the risk of VRDB puts as investors look for alternatives to low-yielding securities. Currently, broker-dealers are holding between $14 and $15 million of VRDBs on their balance sheet as money market funds, an exceptionally high figure.

Monitor negative fixed-rate swap valuations. During the previous financial crisis, intermediate and long-term interest rates declined significantly creating negative valuations on fixed-rate swaps, and long-term rates are lower now than the they were at that time. Borrowers should prepare for increases in collateral posting and look for strategies to alleviate the opportunity cost of leaving investments with their counterparties. Full or partial swap novations to new counterparties could be helpful.

Evaluate liquidity covenants in debt agreements. Health systems are likely to see a decline in the valuation of their investment portfolios and may be vulnerable to triggering a covenant violation based on liquidity measures, such as days cash on hand. Many health systems have been able to eliminate covenants based on liquidity measures in recent years; however, for some hospitals, the concern may still remain.

Increase and utilize lines of credit. While access to capital should continue to be strong for investment grade health systems, there is likely to be stress on working capital in the near-term. Increasing lines of credit and drawing down funds will help preserve long-term investments, and can be repaid in the future as markets retreat toward historic norms.

Now more than ever, the need for professional guidance and counsel from an experienced financial advisor is critical. If your organization is seeking informed insight, contact H2C’s capital markets professionals at info@h2c.com.

Hammond Hanlon Camp LLC (“H2C”) is an independent strategic advisory and investment banking firm committed to providing superior advice as a trusted advisor to healthcare organizations and related companies throughout the United States. H2C’s professionals have a long track record of success in healthcare mergers and acquisitions, capital markets, real estate, and restructuring transactions, acting as lead advisors on hundreds of transactions representing billions of dollars in value.