But system’s $2.6 billion capital plan could be altered by external forces 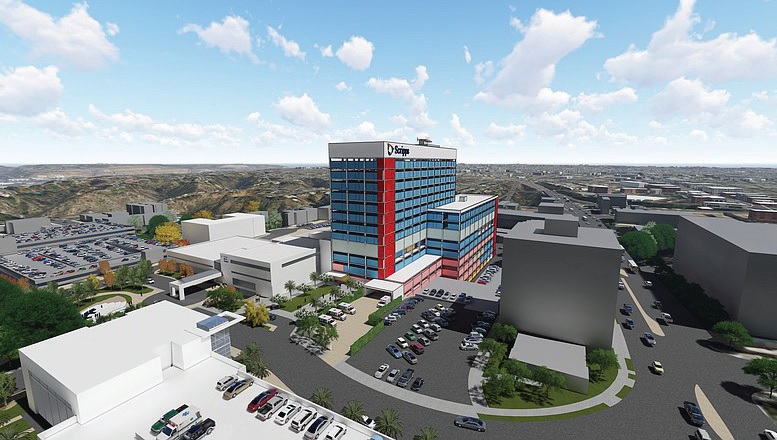 As part of its $2.6 billion capital plan, Scripps Health plans to build a replacement facility at its Scripps Mercy Hospital in the Hillcrest area of San Diego. The new campus would cost an estimated $1.3 billion and include a 12-story, 710,000 square foot tower. Rendering courtesy of Scripps Health

Although San Diego-based Scripps Health announced in November that it intends to spend up to $2.6 billion on construction projects system wide through 2030, officials note that the plan could be put in jeopardy by changes beyond the organization’s control.