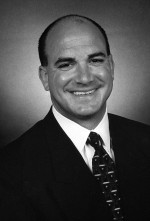 Project Case Study: U of New Mexico puts the lid on costs

$233 MILLION PUBLIC HOSPITAL IS A STUDY IN KEEPING A PROJECT ON TARGET By Jessica Griffith The University of New Mexico Hospital received quite a bit of money from the state Legislature – $40 million to be exact – to build a new children’s hospital and critical care pavilion. The hospital combined that money with […]

SYSTEMS SEE NEED FOR BIG PROJECTS; CON BOARD DOESN’T ALWAYS AGREE By John Mugford It looks as if the scandal concerning the Illinois Health Facilities Planning Board (IHFPB) is a thing of the past. For the board that oversees the state’s certificate of need (CON) process, the past year-and-a-half was rife with allegations about kickbacks […]

News & Analysis: New Orleans might never be the same

OTHER 2005 HURRICANES CAN’T RIVAL THE LONGTERM IMPACT OF KATRINA By John Mugford Katrina, Rita, Wilma… it looks as if 2005 will go down as yet another Year of the Hurricane. Lest we all forget that just a year ago, in 2004, four major hurricanes crashed into Florida and caused millions of dollars worth of […]

Publisher’s Letter: Inflation is a concern

BUT HEALTH CONSTRUCTION WILL REMAIN STRONG By Murray W Wolf Dear Reader: Financial markets are becoming increasingly worried that rising inflation might inhibit economic growth in 2006, and there is data to support those concerns. The annual U.S. inflation rate, as measured by the Consumer Price Index (CPI), has remained less than 5 percent since […]

Product Focus: Red tape, but worth it

PUBLIC HOSPITALS CAN PRESENT OPPORTUNITIES By Jessica Griffith One of the many heartwrenching tales to emerge from the wreckage of Hurricane Katrina was the destruction of Charity Hospital, refuge for the ill and poor and home of the city’s only Level 1 trauma center. Officials have yet to determine how or where Charity will be […]

MEDICAL DEVELOPERS DIFFER ON IPO STRATEGY By Murray W. Wolf The recent news that another longtime medical real estate firm – Cogdell Spencer Inc. – has transformed itself into a healthcare real estate investment trust (REIT) and gone public begs the question: Is that a good strategy? It depends who you talk with. Some veteran […]

INDIANAPOLIS – As this edition of Healthcare Real Estate Insights™ was about to go to press, we learned that Windrose Medical Properties Trust (NYSE: WRS) has agreed to acquire 22 properties for a total of about $241 million. The sellers are various limited partnerships associated with medical real estate developer Bruce A. Rendina and Rendina […]