Elliott Bay portfolio is being sold in chunks; dialysis centers will close next 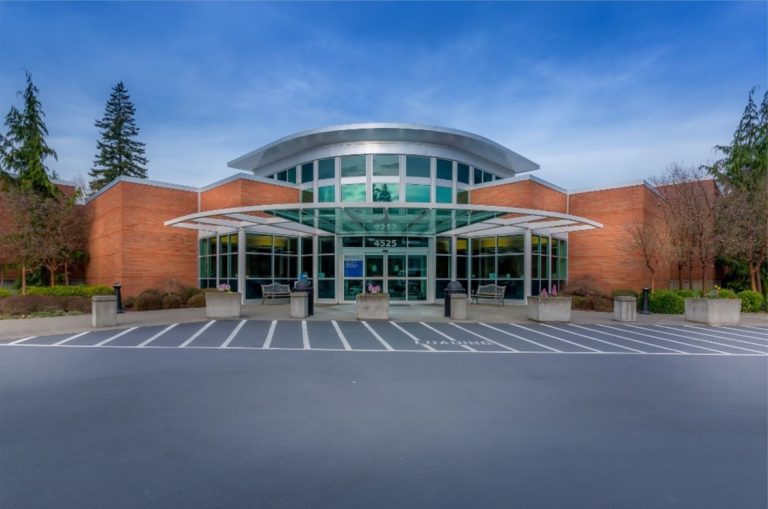 It now looks as if the portfolio will be sold in at least three separate transactions, as Rochester, N.Y.-based Broadstone Net Lease Inc., a publicly reporting, privately offered real estate investment trust (REIT), acquired 18 MOBs from Elliott Bay in an initial transaction that closed in December 2018.

In an exclusive interview with Healthcare Real Estate Insights™, Brannan Knott, a VP with the Healthcare Capital Markets team of Jones Lang LaSalle (NYSE: JLL), which represented Elliott Bay, said that Broadstone acquired only the MOBs. A majority of the other facilities, most of which are dialysis clinics operated by Fresenius Medical Care (NYSE: FMS) and DaVita Inc. (NYSE: DVA), are likely to be purchased in the first quarter (Q1) by an undisclosed buyer that has signed a purchase and sale agreement (PSA), he says.

As for Broadstone’s acquisition, the 18 MOBs have a total of 252,775 square feet and are in major metropolitan areas in eight states: Illinois, Washington, Virginia, New York, Pennsylvania, Michigan, North Carolina and South Carolina. The properties are 100 percent occupied by what Chicago-based JLL calls “market-leading and academic health systems with 99 percent investment grade tenancy.”

Although the price was not disclosed, a conservative estimate put the deal at about $77.9 million, based on the average price per square foot (PSF) for MOBs sold nationwide during the last 12 months, according to real estate researcher Real Capital Analytics (RCA) Inc.
For Broadstone REIT, the purchase adds to its portfolio of more than 600 freestanding STNL retail, healthcare, industrial, office and other commercial properties with a total value of about $3.5 billion.

Included in its acquisitions in 2018 were a variety of healthcare facilities, including a portfolio of dialysis clinics purchased in January.

For a number of reasons, including a desire to not be over-exposed to certain providers, Broadstone preferred to acquire just the MOBs offered by Elliott Bay, according to Mr. Knott.

He added that there was high demand for the assets and that the seller entertained “strong” offers for the entire portfolio but chose to sell the MOBs to Broadstone and the dialysis clinics to another buyer. A third portion of the Elliott Bay offering, properties occupied by the U.S. Dept. of Veterans Affairs (VA), are to be sold separately as well.

Mr. Knott tells HREI™, that the portfolio acquired by Broadstone is comprised mostly of MOBs with high-acuity infrastructure, including surgery centers, cancer centers, medical imaging and others.

“These are going to have very high lease renewal rates, as most of the buildings were build-to-suits for the health systems occupying them, and they have put millions of dollars into building out those specialty service spaces,” he says. “That translates to strong, durable income for the buyer.”

Perhaps because of its focus on STNL properties, Rochester, N.Y.-based Broadstone might have escaped the notice of some of those in the HRE space.

In terms of monthly rental revenue, the firm’s portfolio consists of about one-third retail properties, about one-third industrial, about one-fifth healthcare, and a smattering of office and other product types, according to its investor package.

The REIT is externally managed by Broadstone Real Estate LLC and has no direct employees.

Broadstone Real Estate LLC was founded in 2006 by Norman Leenhouts and Amy and Robert Tait, who previously founded Home Properties, a multifamily apartment REIT which went public in 1994 and was acquired for $7.6 billion in October 2015.

Co-founder Amy L. Tait is chairman of the board and Christopher Czarnecki is the CEO, with Greg Lang as VP, acquisitions, for healthcare properties.

Broadstone Net Lease began admitting outside shareholders on Dec. 31, 2007. Today, the firm says that it has more than 3,100 investors whose shares are collectively worth more than $1.5 billion, including the contribution of more than $104 million of properties to the REIT through UPREIT transactions. Shares are offered via private placement, and new investors are accepted on a monthly basis with a minimum investment of $500,000.

Regarding 2018, Mr. Czarnecki said in the Jan. 11 news release that the firm delivered “a strong 13.1 percent total return to our stockholders for the year, assuming dividend reinvestment. We continue to identify and pursue attractive, accretive acquisition targets, and anticipate 2019 will build upon 2018’s momentum.”

DraftKings and the L.A. Dodgers

Like Broadstone, Elliott Bay Capital Trust might not be a household name in the HRE space, but it appears to be another emerging player.

Incorporated in 2015, Seattle-based Elliott Bay is a privately held real estate investment company that acquires, develops and manages HRE across the United States.

Mr. Whipple was previously VP, corporate development & partner relations for Liberty Dialysis LLC, which had more than 280 dialysis programs throughout the United States by the time it sold its Liberty Dialysis and Renal Advantage branded-operations to Fresenius Medical Care AG in February 2012.

Mr. Aggerholm was previously a director with Grousemont Associates and a partner with Areteaus Realty Trust, a Seattle-based privately held real estate company managing investment funds focused on acquiring, developing, owning and managing healthcare properties that are primarily leased to kidney dialysis providers. He also previously worked for Bentall Corporation and CBRE.
Elliott Bay is owned by its management team and Eldridge Industries, a Greenwich, Conn.-based private equity firm. Eldridge Industries has a diversified portfolio that includes, among many others, the DraftKings fantasy sports platform, the Billboard music industry magazine and Dick Clark Productions, the world’s largest producer of televised live-event entertainment programming, including The Golden Globes, Academy of Country Music Awards and other events.

Despite Elliott Bay’s current portfolio sale, the firm also positions itself as an active buyer of HRE. According to its website, the firm “is one of the country’s most active healthcare real estate investors and manages a diversified portfolio of mission-critical outpatient properties leased to leading health systems, national sector-leading companies and regional care providers.”

“We are actively seeking to acquire single assets or portfolios of healthcare properties through direct purchases of net leased properties or sale-leaseback financing transactions.”

Elliott Bay has acquired and developed more than 120 healthcare properties since the end of 2013, according to its website, “and is the leading acquirer of dialysis real estate in the U.S.”