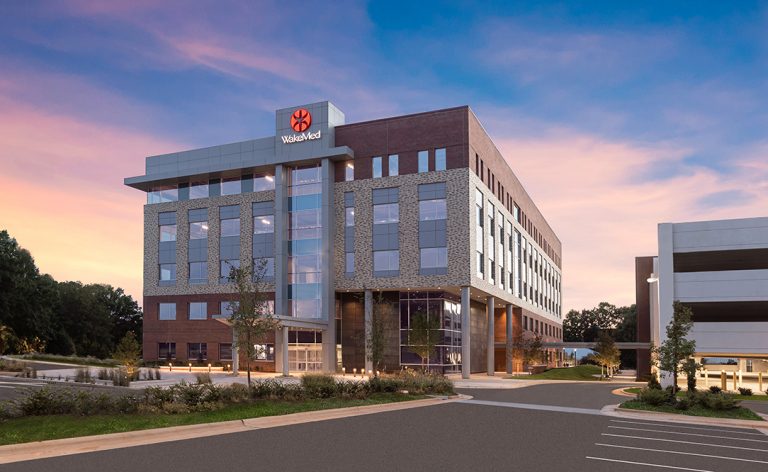 In 2020, we completed our initial development started by HTA. This 127,000 SF Class A MOB development in Raleigh, North Carolina is anchored by WakeMed Health System. The building is 77% leased and began paying cash rent in 4Q 2020. Annual Cash NOI upon full stabilization is expected to approximate $3.4 million.

“In 2020, HTA continued to grow its best-in-class portfolio despite the ongoing COVID-19 pandemic, displaying the resilience and strength of the leader in the medical office building industry,” stated Chairman, CEO and President Scott D. Peters. “As we look ahead to 2021, we are excited to see new opportunities to grow as a company while continuing  to provide attractive returns for our stockholders.”

Dividend
On December 4, 2020, HTA’s Board of Directors announced a quarterly cash dividend of $0.320 per share of common stock and per Operating Partnership Unit, paid on January 12, 2021 to stockholders of record on January 5, 2021.  This marks the 7th consecutive year of dividend increases to our stockholders.

HTA’s 2021 guidance is based on a number of various assumptions that are subject to change and many of which are outside the control of the Company.  Additionally, HTA’s guidance does not contemplate impacts from gains or losses from dispositions, potential impairments, or debt extinguishment costs, if any.  If actual results vary from these assumptions, HTA’s expectations may change.  There can be no assurance that HTA will achieve these results.

Founded in 2006 and listed on the New York Stock Exchange in 2012, HTA has produced attractive returns for its stockholders that have outperformed the US REIT index.  More information about HTA can be found on the Company’s Website (www.htareit.com), Facebook, LinkedIn and Twitter.

Forward-Looking Language
This press release contains certain forward-looking statements with respect to HTA.  Forward-looking statements are statements that are not descriptions of historical facts and include statements regarding management’s intentions, beliefs, expectations, plans or predictions of the future, within the meaning of Section 27A of the Securities Act of 1933, as amended, and Section 21E of the Securities Exchange Act of 1934, as amended.  Because such statements include risks, uncertainties and contingencies, actual results may differ materially and in adverse ways from those expressed or implied by such forward-looking statements.  These risks, uncertainties and contingencies include, without limitation, the following: changes in economic conditions generally and the real estate market specifically; legislative and regulatory changes, including changes to laws governing the taxation of REITs and changes to laws governing the healthcare industry; the availability of capital; changes in interest rates; competition in the real estate industry; the supply and demand for operating properties in our proposed market areas; changes in accounting principles generally accepted in the United States of America; policies and guidelines applicable to REITs; the availability of properties to acquire; the availability of financing; and pandemics and other health concerns, and the measures intended to prevent their spread, including the currently ongoing COVID-19 pandemic, and potential material adverse effect these may have on our business, results of operations, cash flows and financial condition.  Additional information concerning us and our business, including additional factors that could materially and adversely affect our financial results, include, without limitation, the risks described under Part I, Item 1A – Risk Factors, in our 2020 Annual Report on Form 10-K and in our filings with the SEC.

Conference Call
HTA will host a conference call and webcast on Tuesday, February 23, 2021 at 2:00 p.m. Eastern Time (11:00 a.m. Pacific Time) to review its financial performance and operating results for the quarter and year ended December 31, 2020.

NOI is a non-GAAP financial measure that is defined as net income or loss (computed in accordance with GAAP) before: (i) general and administrative expenses; (ii) transaction expenses; (iii) depreciation and amortization expense; (iv) impairment; (v) interest expense; (vi) gain or loss on sales of real estate; (vii) gain or loss on extinguishment of debt; (viii) income or loss from unconsolidated joint venture; and (ix) other income or expense.  HTA believes that NOI provides an accurate measure of the operating performance of its operating assets because NOI excludes certain items that are not associated with the management of its properties.  Additionally, HTA believes that NOI is a widely accepted measure of comparative operating performance of real estate investment trusts (“REITs”).  However, HTA’s use of the term NOI may not be comparable to that of other REITs as they may have different methodologies for computing this amount.  NOI should not be considered as an alternative to net income or loss (computed in accordance with GAAP) as an indicator of HTA’s financial performance.  NOI should be reviewed in connection with other GAAP measurements.

Cash NOI is a non-GAAP financial measure which excludes from NOI: (i) straight-line rent adjustments; (ii) amortization of below and above market leases/leasehold interests and other GAAP adjustments; (iii) notes receivable interest income; and (iv) other normalizing adjustments.  Contractual base rent, contractual rent increases, contractual rent concessions and changes in occupancy or lease rates upon commencement and expiration of leases are a primary driver of HTA’s revenue performance.  HTA believes that Cash NOI, which removes the impact of straight-line rent adjustments, provides another measurement of the operating performance of its operating assets.  Additionally, HTA believes that Cash NOI is a widely accepted measure of comparative operating performance of REITs.  However, HTA’s use of the term Cash NOI may not be comparable to that of other REITs as they may have different methodologies for computing this amount.  Cash NOI should not be considered as an alternative to net income or loss (computed in accordance with GAAP) as an indicator of its financial performance.  Cash NOI should be reviewed in connection with other GAAP measurements.

To facilitate the comparison of Cash NOI between periods, HTA calculates comparable amounts for a subset of its owned and operational properties referred to as “Same-Property”.  Same-Property Cash NOI excludes (i) properties which have not been owned and operated by HTA during the entire span of all periods presented and disposed properties, (ii) HTA’s share of unconsolidated joint ventures, (iii) development, redevelopment and land parcels, (iv) properties intended for disposition in the near term which have (a) been approved by the Board of Directors, (b) are actively marketed for sale, and (c) an offer has been received at prices HTA would transact and the sales process is ongoing, and (v) certain non-routine items.  Same-Property Cash NOI should not be considered as an alternative to net income or loss (computed in accordance with GAAP) as an indicator of its financial performance.  Same-Property Cash NOI should be reviewed in connection with other GAAP measurements.

HTA computes FFO in accordance with the current standards established by NAREIT.  NAREIT defines FFO as net income or loss attributable to common stockholders (computed in accordance with GAAP), excluding gains or losses from sales of real estate property and impairment write-downs of depreciable assets, plus depreciation and amortization related to investments in real estate, and after adjustments for unconsolidated partnerships and joint ventures.  Because FFO excludes depreciation and amortization unique to real estate, among other items, it provides a perspective not immediately apparent from net income or loss attributable to common stockholders.

HTA computes Normalized FFO, which excludes from FFO: (i) transaction expenses; (ii) gain or loss on extinguishment of debt; (iii) noncontrolling income or loss from OP Units included in diluted shares; and (iv) other normalizing adjustments, which include items that are unusual and infrequent in nature.  HTA’s methodology for calculating Normalized FFO may be different from the methods utilized by other REITs and, accordingly, may not be comparable to other REITs.

HTA also computes Normalized FAD, which excludes from Normalized FFO: (i) non-cash compensation expense; (ii) straight-line rent adjustments; (iii) amortization of below and above market leases/leasehold interests and corporate assets; (iv) deferred revenue – tenant improvement related and other income; (v) amortization of deferred financing costs and debt premium/discount; and (vi) recurring capital expenditures, tenant improvements and leasing commissions.  HTA believes this non-GAAP financial measure provides a meaningful supplemental measure of its operating performance.  Normalized FAD should not be considered as an alternative to net income or loss attributable to common stockholders (computed in accordance with GAAP) as an indicator of its financial performance, nor is it indicative of cash available to fund cash needs.  Normalized FAD should be reviewed in connection with other GAAP measurements.

HTA presents these non-GAAP financial measures because it considers them important supplemental measures of its operating performance and believes they are frequently used by securities analysts, investors and other interested parties in the evaluation of REITs.  Historical cost accounting assumes that the value of real estate assets diminishes ratably over time.  Since real estate values have historically risen or fallen based on market conditions, many industry investors have considered the presentation of operating results for real estate companies that use historical cost accounting to be insufficient by themselves.  These non-GAAP financial measures should not be considered as alternatives to net income or loss attributable to common stockholders (computed in accordance with GAAP) as indicators of its financial performance.  FFO and Normalized FFO is not indicative of cash available to fund cash needs.  These non-GAAP financial measures should be reviewed in connection with other GAAP measurements.

Adjusted EBITDAre is presented on an assumed annualized basis.  HTA defines Adjusted EBITDAre as EBITDAre (computed in accordance with NAREIT as defined above) plus: (i) transaction expenses; (ii) gain or loss on extinguishment of debt; (iii) non-cash compensation expense; (iv) pro forma impact of its acquisitions/dispositions; and (v) other normalizing adjustments.  HTA considers Adjusted EBITDAre an important measure because it provides additional information to allow management, investors, and its current and potential creditors to evaluate and compare its core operating results and its ability to service debt.