Feature Story: Even if there is short-term pain, MOBs are a strong investment 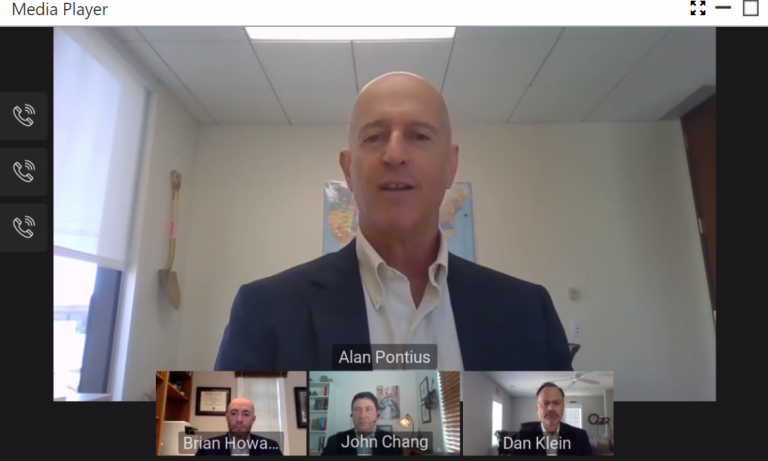 NATIONAL — Because medical office buildings (MOBs) have fared rather well during the COVID-19 pandemic, with rent collections remaining very strong for many landlords, capitalization rates, or first-year estimated returns, for the product type have not risen much at all.

And yet, with 10-year U.S. Treasury rates at historic lows, lenders have increased their borrowing rates a bit amid the pandemic, meaning that spreads investors can expect to receive on cap rates and borrowing rates are at about the same levels they were before the pandemic – which were pretty favorable – according to John Chang, senior VP of research services with Calabasas, Calif.-based Marcus & Millichap (NYSE: MMI).

For this and other reasons, including the strength of the MOB product type and how well it has held up during the pandemic, many investors continue to pursue outpatient healthcare facilities.

This was one of the major messages conveyed during a recent webinar on the MOB sector sponsored and conducted by Marcus & Millichap.

During Mr. Chang’s presentations during the webinar, he pointed out several scenarios for both the recovery of the overall economy and the MOB sector and how those two are likely to align.

For example, he noted that if the economy recovers quickly, often referred to as a “V-shaped” recovery, then the healthcare industry as well as the MOB sector will rebound nicely as well.

“That’s like hitting the pause button for a couple of months and then it’s back to business as usual,” Mr. Chang noted. However, other scenarios could entail longer recoveries, including periods of time when unemployment remains quite high and patients, because they lack health insurance, continue to postpone, even cancel, non-emergency procedures and care.

However, even under the worst-case scenario in which the economy recovers in the slowest way, otherwise known as an “L-shaped recovery,” Mr. Chang remanded listeners why investors remain so interested in MOBs.

“The reason so many people get into this investment class is driven by the long-term dynamics, which we cannot lose sight of,” he said, “and one of those is the demographics, as the number of people turning 65 over the next 10 years increases by 31 percent.”

During the remainder of the conversation, the panelists gave their views on the sector as well as how their companies’ portfolios have held up and their outlook on investing.

Where is pricing for MOBs?

As is the case with many webinars concerning the MOB market these days, listeners want to know if the pandemic and the related economic slowdown have affected pricing for the product type. This webinar was no different, as Mr. Pontius said that questions regarding pricing were being submitted by listeners as the discussion progressed.

Mr. Howard of Stage Equity Partners said that while he certainly “asks for a discount,” he has not seen much movement at all in cap rates.

“Maybe a little bit, but not much at all, if any,” he said. “That’s because healthcare is still very desired. If lender spreads shift and widen, then there will be no choice but for cap rates to increase. If I were a broker at Marcus & Millichap, I would still feel pretty good about selling medical office buildings.”

Mr. Klein echoed what Mr. Howard said, saying that if cap rates have increased it has been just a “little,” adding that perhaps it is “too early to tell.”

He noted that the strength of the MOB sector coupled with the “struggles” of the other commercial real estate sectors are keeping cap rates low despite the fallout from the pandemic.

Mr. Klein added that pricing for MOBs is no longer a “real estate” question anymore, noting that if a vaccine is discovered in coming months, perhaps by early 2021, “things will be very different.”

As part of a set of statistics that Mr. Chang shared, he noted that there is quite a difference between cap rates for smaller MOB deals, those of between $1 million and $20 million, and larger deals, those topping $20 million.

For deals of less than $20 million, cap rates have averaged 7.3 percent through the first part of 2020, according Marcus & Millichap statistics. Those deals, Mr. Chang noted, are typically “driven by private investors and operators” of the facilities.

For deals of more than $20 million, in which institutional investors are often involved, cap rates have averaged 6.4 percent. “We’ve seen strong momentum in pricing for those deals.”

Mr. Pontius added that “one of the main reasons that pricing is superior in the larger deals is, candidly, credit and term. We’ve made comments today about vintage (older) properties (not garnering strong pricing), but those deals of above $20 million often involve properties that are newer and that match up with today’s service delivery and are occupied by the larger health systems and larger practices, meaning there is better credit. So, this combination reduces the yield expectations.”

He also noted that there is more demand, with pricing being higher, for assets that occupied by single tenants on longer term leases as opposed to multi-tenant properties in which there could be “tenant rollovers and there might be smaller practices” that are facing financial difficulties.

When the panelists were asked about their current investment strategies, Mr. Klein of Physicians Realty Trust said that while the REIT “continues to be an active buyer of accretive deals,” as the company looks at the market it is still a “bit too early” to know where pricing is at.

Therefore, it is moving somewhat cautiously, he noted.

“I say it is still too early to tell because we have two competing horses in the market right now,” Mr. Klein said. “The sellers are saying, ‘Hey, this is like 2008-09, when there was a flight to safety and everybody is looking to medical office because the office sector is down, retail is down, student housing is down, and so we should be getting pre-COVID pricing.’”

After every economic downturn or crisis, Mr. Klein said, there is always a bit of a “lag time” from an event during the past 20 years or so, in this case the pandemic, until pricing can be determined for certain.

“It takes a few months, perhaps a quarter or two, to figure it out and for the most part a lot of investors do not want to be the first to take a chance and reset the price and maybe miss it,” he noted.

Physicians Realty Trust, he said, has a “great balance” sheet and therefor continues to “look at deals all the time and will make acquisitions” even though it is being quite “selective.” It continues to use the same criteria it has always used in evaluating deals, perhaps relying on some of those check list items even more stringently “post-COVID.”

As for Stage Equity Partners, Mr. Howard said the company is actively pursuing deals, focusing on transactions in the $1 million to $20 million range, which are typically not attractive to institutional investors.

Unlike Physicians Realty Trust, Stage Equity is a “leveraged buyer, and Mr. Howard said he would advise other leveraged buyers to “talk to your lenders now, because that is really driving the purchase today.”

Mr. Howard added that, currently, “a lot of lenders are not looking at new deals, and those that are doing so” have changed their criteria, which is more thorough right now.”

When trying to land debt prior to the pandemic, Mr. Howard said, “lenders wanted the financial statements for each tenant as part of due diligence, but now they want that information before they issue a term sheet, before they give a quote.”

“So yes, we are looking for deals even though we are pretty conservative,” he added, “and if it’s a multi-tenant deal and there are a lot of assumptions to be made, it’s that much harder to do a deal today.”

Here’s a look at some other points raised during the webinar:

■ With unemployment claims nationwide reaching 40 million, “that ripples into health insurance,” Mr. Chang noted, adding that while many people without jobs still might have some type of health insurance, it might take them some time to apply for and receive such benefits. As a result, the pent-up demand expected for non-emergency procedures might not be as strong as anticipated. Even so, there will certainly be plenty of demand for services in coming months, as outpatient medical office visits decreased by 64 percent in April and screenings for disease fell by 64 percent.

■ While other economic downturns have not necessarily slowed increases in employment in the healthcare sector, the pandemic has done so. “Employment in the healthcare sector has not gone unscathed this time,” Mr. Chang said, noting that after years of healthcare employment growth, the number of employees with jobs in the sector fell by 10.4 percent from February to April. That compares favorably to the overall market, where the number of jobs were down 14 percent.

■ The use of telehealth as a substitute for patients visiting their doctors in person has certainly increased rapidly since the onset of the coronavirus crisis. Mr. Chang said that the number of providers offering telehealth visits has more than doubled in recent months, with 86 percent of all practices now offering the service. “It has certainly opened up a venue by which to provide services, and it will be with us for a long time, perhaps permanently,” he said.

■ Even though the use of telehealth has “exploded” during the pandemic, as Mr. Klein said, he does not see its use permanently disrupting the need for medical facilities. “This is good for healthcare, especially during this time,” Mr. Klein noted. “This could not have happened 20 years ago.” He noted that while some might perceive the increased use of telehealth, and the country’s new reliance on it, could be looked upon as a negative for “someone involved in the bricks and mortar aspect of healthcare. But we don’t see it that way,” he noted. “In fact, we see it as a positive for the industry and that it is a good way to deliver care for certain services, as it works better for lower-acuity services.” And even DOC’s portfolio, he noted, is more “skewed toward” higher-acuity uses. “I’m not sold on the concept that space needs will decrease because of telehealth,” he said, citing several other reasons, including the notion that more social distancing could be required in medical facilities in the future, even post-COVID-19.

■ Interestingly, one of the property types and, subsequently the provider types, hit hardest by the pandemic have been surgery centers, Mr. Howard noted. “The tenants that have had the biggest troubles during this time have been those with limited access to their space, like surgery centers,” he said, noting that telehealth has not helped such providers bring in revenue. “Practices that provide elective procedures and surgeries cannot do so by using telehealth,” he said, noting that surgery centers and surgeons are likely to see plenty of pent-up demand for their services both in the near- and long-term. “Surgery centers are going to be a big and important part of MOBs in the future,” he noted.