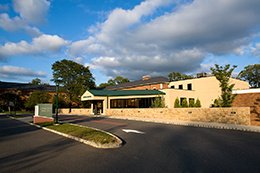 The top MOB sale, by price, in Q3 was the $140 million purchase of the Summit Medical Group Campus in Berkeley Heights, N.J., by Welltower Inc. (Photo courtesy of Welltower)

NATIONWIDE – After a slow start to the year, medical office building (MOB) sales have picked up in the second and third quarters (Q2 and Q3), providing a strong possibility that the final 2019 volume will top $10 billion for the fifth straight year.

Revista, which uses different criteria for compiling its MOB sales data than RCA, indicates that Q3 sales totaled $2.2 billion, bringing the YTD total to $7.1 billion. Revista’s data shows that the overall average cap rate for MOB sales was about 6.6 percent in Q3, with the average cap rate for MOB portfolio sales coming in at 6.2 percent and single assets at 6.8 percent. Revista data puts the average PSF for all MOB sales at $323.

Interestingly, Revista data shows that there is still a premium to be paid for on-campus MOBs, which sold for an average of $339 PSF; on the other hand, off-campus facilities had an average PSF of $321.

While the YTD MOB sales volume stood at more than $7 billion at the end of Q3, there is a good chance that Q4 will see a strong uptick in volume. This news come by way of a variety of industry professionals as well as 2019’s biggest buyer by far, Toledo, Ohio-based Welltower Inc. (NYSE: WELL).

As HREI reported on Nov. 13, Welltower, which had made MOB investments topping $2 billion YTD through the end of Q3, last week announced that in recent weeks it had entered into five separate definitive agreements to acquire MOBs for a combined total of $1.67 billion.

Welltower’s pending acquisitions, for which it has entered definitive agreements, includes a $787 million purchase of 29 “Class A” MOBs from Milwaukee-based Hammes Partners. In addition, the REIT announced that it is “under contract” to make four other, separate MOB transactions totaling $885 million.

Those purchases, if they close as predicted by the end of year, would bring Welltower’s total 2019 MOB acquisitions to more than $3.5 billion.

Welltower’s deals alone, should they indeed close by the end of the year, would bring the MOB sector’s overall volume for the year, when added to the $7 billion-plus recorded in the first three quarters, to nearly $9 billion and provide a virtual lock that 2019’s volume will exceed $10 billion once again.

What the brokers say