Transactions: Welltower closes on its $1.25B CNL purchase

Impact might not be as great as HTA-Duke deal in 2017, but it is still significant 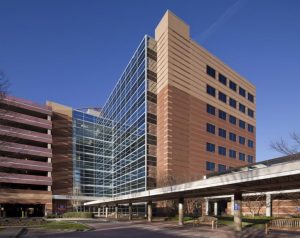 TOLEDO, Ohio — The second-biggest arm’s length medical office building (MOB) deal of all time has closed, reinforcing the current sector trend in which large investors are just as willing as ever to pay a premium for large MOB portfolios with strong affiliations to leading health systems.

Last week, Toledo, Ohio-based Welltower Inc. (NYSE: WELL), which has invested more than $6 billion in healthcare assets since coming off the sidelines in early to mid-2018, reported that it closed on its previously announced $1.25 billion acquisition of 55 MOBs from Orlando, Fla.-based CNL Healthcare Properties, a non-traded healthcare real estate investment trust (REIT). Welltower reports that the deal had a capitalization (cap) rate, or an estimated first-year return, of 5.7 percent.

That cap rate is well below the average cap rate for MOB sales of 6.5 percent recorded in the first quarter (Q1), according to real estate research firm Real Capital Analytics Inc. (RCA). However, industry sources say cap rates for high-quality portfolios with strong health system affiliations are trading at cap rates substantially lower than that, well under 6 percent, meaning the Welltower acquisition was in keeping with that trend.

The assets, which are in 16 states and have a total of 3.3 million square feet of space, are 94 percent occupied, with 92 percent of the space affiliated with what Welltower calls “premier” health systems. Those include: Winston-Salem, N.C.-based Novant Health, which has an A1 rating from Moody’s Investment Services; Houston-based Memorial Hermann (Moody’s: A1); and Cleveland Clinic (Moody’s: Aa2).

Welltower, in its materials concerning the purchase, notes that the deal includes two development sites, entails “zero exposure to at-risk hospitals” — based on a risk analysis that it conducted, and includes average weighted average annual rent increases of 2.4 percent.

The deal’s price is second only to the 2017 blockbuster transaction in which Duke Realty Corp. (NYSE: DRE) sold about 70 properties, or most of its MOB portfolios, to Scottsdale, Ariz.-based Healthcare Trust of America (NYSE: HTA) for about $2.25 billion. While HTA reported that the cap rate was anywhere from 5 percent to 5.25 percent, a number of industry sources at the time said the deal was probably at a cap rate of near or less than 5 percent.

According to Keith Konkoli, senior VP and the leader of Welltower’s MOB and outpatient segment, since the REIT announced that it had entered an agreement to acquire the CNL portfolio in early January, it has already increased the value of the assets.

“By leveraging the strength of our platform, we have made substantial progress in extending ground leases, have experienced increased leasing velocity, and have identified additional opportunities to deploy capital that helps our health system partners improve care delivery to the communities they serve, further demonstrating our unique ability to drive long-term value through meaningful collaborations with the nation’s premier health systems,” Mr. Konkoli said in a news release.

During the recent 2019 BOMA International Medical Office Buildings + Healthcare Real Estate conference in Minneapolis, held May 1-3, a panel of HRE sector professionals talked briefly about the Welltower-CNL deal, which was set to close shortly after the conference.

Welltower on a roll

Mr. Konkoli — as well as one of the professionals on the brokerage team representing CNL in its disposition of its MOB portfolio, Evan Kovac of the Healthcare Capital Markets team with HFF Inc. (NYSE: HF) — were on the panel, which was titled “Interesting and Notable Deals.”

When asked during the panel session how many and what type of investors showed serious interest in acquiring the CNL portfolio, Mr. Kovac responded: “I would say everyone is buying right now… There’s more capital that’s been raised in the fund business on the sidelines than at any time in history. Institutional allocations to commercial real estate have increased two times over the last decade and a lot of that money … is earmarked for properties with low cap ex (capital expenditures) and what I would coin as ‘alternative assets’ … that are poised to benefit from the demographic trends, and medical office fits both of those bills. So, there was no shortage of capital or buyers that were interested (in the CNL portfolio), including the public REITs but also private equity capital as well.”

In an interview with HREI, Mr. Kovac says that while Duke’s sale of its entire MOB portfolio for about $2.75 billion – it also sold MOBs to buyers other than HTA, including sales to health system tenants that executed rights of first reseals (ROFRs) to acquire MOBs — was a “defining moment for large scale medical office portfolios, we started to see the institutional investor universe interested in the asset class expanding well before the Duke trade. This trend has continued.

“CNL represents the second largest portfolio sale ever behind the Duke (sale) and we believe the process yielded similar, if not more demand from an even broader set of investors and forms of capital,” he adds.

Mr. Kovac also adds that none of the ROFRs were exercised by the tenants or ground lessors on any properties that CNL sold to Welltower.

“(This) is something our team strategized about at length in an effort to mitigate,” Mr. Kovac says.

HRE professionals note that the purchase by Welltower exemplifies what an incredible investment run the publicly traded REIT has been on since early 2018.

As noted, Welltower was on the sidelines for a portion of 2017 and into 2018. That was a time when its stock price had taken a bit of a hit in comparison to its net asset value (NAV), which subsequently increased its cost of capital. It was also a time when pricing for MOBs, especially for high quality portfolios affiliated with strong health system, had increased substantially in the aftermath of the HTA-Duke Realty deal.

However, since then Welltower’s stock price, for the most part, has rebounded and its cost of capital has decreased. The result has been investments of more than $6 billion in MOBs, senior housing and other types, since early to mid-2018. With the CNL purchase, Welltower’s investment activity has topped $2 billion so far in 2019, Shankh Mitra, executive VP and chief investment officer, said during an April 30 Q1 earnings conference call with securities analysts.

“There was definitely a point in time, post the Duke transaction, when I think, at least from our perspective, we went quiet because of the pricing that we had started to see in the market,” Mr. Konkoli said during the BOMA MOB panel session. “But as we started to come into 2018, I think we started to see pricing kind of reset itself a little bit to be more in line with what we believe is fair. So that’s when we started to get much more active… Pricing has come back to what we think to be more realistic, and, added to the fact is that our cost to capital has really been an advantage for us and which has caused us to be more active in the market.

And while the transaction might not have as much of an impact on MOB sales – as many HRE professionals say the HTA-Duke deal shed even more light on the upsides of the asset class and drove up pricing as a result of garnering new interest from new investors – it will undoubtedly bolster 2019’s MOB sales volume, which got off to a somewhat lackluster, but not alarmingly slow, start.

In the first quarter (Q1), MOB sales totaled $1.477 billion, according to real estate research firm Real Capital Analytics (RCA), which was the lowest Q1 total recorded since 2014. The last four years, from 2015-18, have seen the highest yearly MOB volumes of all time, with each year’s sales topping $10 billion and peaking at $12.86 billion in 2017, according to RCA.

However, several sources involved in MOB sales tell HREI that a number of larger deals are expected to close in coming months, perhaps lifting the yearly volume to more than $10 billion for the fifth straight year.

The deal also reinforces a strategy, that of building value through patiently accumulating portfolios, that is somewhat unique to the MOB sector. While many large investors, including institutional investors and large fund managers, are mostly interested in acquiring portfolios that add scale to their holdings, firms that know the space understand that building portfolios one property at a time can eventually result in healthy returns through an eventual sale of those portfolios.

It should be noted that in addition to Welltower’s acquisition of CNL’s MOB portfolio, Bethesda, Md.-based Global Medical REIT (NYSE:GMRE) in April acquired four inpatient rehabilitation facilities from CNL Healthcare Properties for $94 million. The initial cap rate on the deal is about 7.3 percent, according to Global Medical REIT.

“The two recent dispositions of the CNL Healthcare Properties Trust medical facilities portfolio are resounding wins for shareholder value and something I’m proud to have been a part of,” Mr. Schmid tells HREI. “In 2011, Kevin Maddron, Joel Sherman, Cetin Aygen, and I launched the medical facilities investment effort for CNL Healthcare Properties Trust REIT. The current wave of institutional investment capital hadn’t yet hit the sector in full force. We were intent on building a best-in-class portfolio of medical assets with scale in core markets and strong health system relationships. I knew that if our team could accomplish that we would drive long term investment returns.”

Mr. Schmid added that during the time that CNL Healthcare Properties was building its portfolio, the company had “put together a best in class asset management team led by Lisa Smith, Chris Mauth, and Rebecca Monroe to run portfolio operations and drive leasing and asset appreciation over time. Their leadership continued on after Kevin, Joel, and I departed CNL and helped drive the assets to two successful portfolio dispositions this year.”

As for the buyers of the CNL portfolios, Mr. Schmid says: “I know that the two acquirers — Welltower and Global Medical REIT — pride themselves on tenant relationship management. I have no doubt that the portfolio will continue to prosper into the future under their leadership.”

“This deal is good news for our sector, as those firms with patience and relationships will be able to aggregate assets and have the opportunity to realize a potential premium if their collection meets certain portfolio metrics,” noted Christopher Bodnar, vice chairmen with the U.S. Healthcare Capital Markets team of CBRE Group Inc. (NYSE: CBRE), who was not involved in the transaction.

The potential sale of CNL Healthcare Properties’ MOB portfolio was first reported by HREI in June 2018 and publicly confirmed by CNL in September of that year. At the time, the non-traded REIT and its parent organization, CNL Financial Group, began exploring strategic alternatives to provide liquidity to its shareholders through the potential sale of its MOB portfolio, as well as several other healthcare facilities. Its MOB portfolio contained 63 properties, only 55 of which were included in the Welltower sale.

Stephen H. Mauldin, president and CEO of CNL Healthcare Properties, noted in a news release that the sale to Welltower “represents a strong, early value realization step for CNL Healthcare Properties and our approximately 45,755 stockholders. This is the first sizeable transaction in our carefully orchestrated strategic alternatives process to provide liquidity to investors, and we are very pleased with the outcome.”