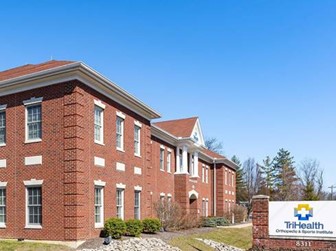 As the next step in its evolution as a healthcare real estate (HRE) facility developer and owner, Minneapolis-based MedCraft Healthcare Real Estate was looking for a capital partner to help it grow and expand its capabilities to better serve its client base, which is focused heavily on health systems and large physician groups.

In helping it land a partner, the firm engaged a team with Cadence Healthcare Group, a wholly-owned subsidiary of Chicago-based Cadence Capital Partners.

As things turned out, the Cadence team, led by Michael Bennett and Jay Soave, indeed helped MedCraft land a new limited partner. The partners describe the undisclosed financial backer as “a well-known investor in the HRE space.”

Also, in the process of working together, MedCraft and the Cadence Healthcare team decided to team up to form a new medical office building (MOB) investment platform, or fund, which MedCraft had been planning to do for some time.

The new MedCraft Investment Partners, or MIP, is a 50-50 joint venture of MedCraft and Cadence Healthcare and includes, as noted, an institutional investor as a limited partner. MedCraft, as part of its stake in the platform, has also landed a general partner, a real estate investment firm that is expanding its presence in HRE.

MIP plans to assemble, through acquisitions and developments, a portfolio of MOBs and ambulatory facilities with a total value of up to $500 million in the next 18 to 24 months. It will target opportunities in a variety of property sizes and conditions in a variety of markets.

“We’re just so excited about what this means for us and our longtime clients, as we really look at this as the second phase of our evolution as a full-service healthcare real estate firm,” Jon Lewin, one of three MedCraft principals along with Eric Carmichael and Keith Beneke, tells HREI. “Our goal has always been to play a role, perhaps a small but still important one, in the success that our clients have in delivering services to their patients. And we really feel that with our added capabilities we can do so even better.”

MIP has already acquired two MOBs for the platform, as it purchased facilities in the second half of 2020 in Cincinnati and a suburb of Minneapolis. The facilities comprise the 18,536 square foot Kenwood One TriHealth Orthopedic & Sports Institute at 8311 Montgomery Road in Cincinnati, which is fully leased to local health system TriHealth; and the 11,394 square foot Otsego TCO facility at 8540 Quaday Ave. N.E. in Otsego, Minn., which is fully leased by Twin Cities Orthopedics (TCO).

The investment platform also has a number of potential acquisitions in its pipeline and, in addition, MedCraft expects to start development projects in 2021 with a total value of about $125 million, according to Mr. Lewin. Included will likely be outpatient projects that MedCraft will develop and own through MIP for Yuma (Ariz.) Regional Medical Center, which in 2020 chose the company as its development partner on a series of four or more projects.

Overall, MIP says it has more than $200 million in on- and off-market opportunities in the underwriting or LOI (letter of intent) stages. With a strong pipeline of investments on the horizon, officials say they have plans for a second, larger fund that could target more than $1 billion in MOB investments.

While the platform can technically be considered an investment fund, the MIP team members note that they consider it to be more of an “asset management and investment platform which complements” its healthcare clients’ growing and ever-changing needs.

In a news release, the MIP team said the focus of the new platform is to build upon MedCraft’s “long-standing success as an industry leading developer to create additional economic and strategic value for its healthcare provider partners” through: the monetization of real estate assets; optimization of clinical environments; offering co-investment opportunities in any acquired real estate; and expanding client ambulatory networks within the platform’s portfolio.

Mr. Bennett adds that while there is currently plenty of competition from a wide variety of investors competing to acquire MOBs, MIP will benefit from MedCraft’s longstanding relationships with providers throughout the country as well as Cadence’s many relationships in the HRE brokerage community, which could lead to opportunities.

“We have former brokers on our team, so we understand the importance of protecting broker relationships and providing transparency,” Mr. Bennett said in the news release. “Groups who partner with us on transactions can also have a high degree of confidence in our expertise, including our solid underwriting, due diligence and MOB capital partner experience, as well as our ability to turn purchase and sales agreements around quickly and solve challenges inherent in real estate transactions.”

Mr. Lewin of MedCraft added that the firm’s long track record as a successful developer — going back decades to its roots as part of Minneapolis-based Frauenshuh — will serve it well as an investor and asset manager.

“We have 37 years of experience in building long-term client partnerships and successfully developing and optimizing facilities for peak performance,” Mr. Lewin noted. “Now, through MIP, we will apply that same client-focused approach to acquisitions.”

Chris Bodnar, vice chairman and co-head of the Healthcare and Life Sciences Capital Markets division with CBRE Group Inc. (NYSE: CBRE), represented the seller in one of the acquisitions that MedCraft and MIP made in 2020.

“MedCraft executed flawlessly on the last deal we sold to them,” Mr. Bodnar said. “They were extremely transparent with our physician seller and adhered to the timeline they put forth. They’ve got a solid team and did exactly what they said they would do.”

Mr. Bennett tells HREI that MIP, with MedCraft’s long track record in the space and its strong discretionary capital backing the platform, will make sure it continues to execute with integrity and transparency on transactions.

“We’re always going to do what we say we’re going to do, which goes a long way in this business,” he says.