Companies & People: MLL Capital making a name for itself in MOB space

In a Q&A with Founder Kyle O’Connor, he says firm remains optimistic about the sector 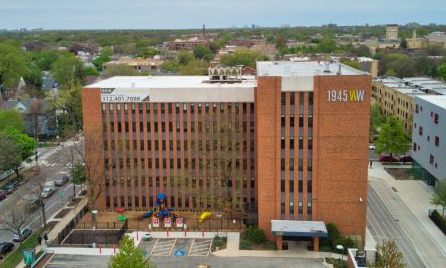 On April 1, during the throes of the COVID-19 pandemic, MLL Capital closed on the purchase of a 63,067 square foot, off-campus MOB on Chicago’s North Side. (Photo courtesy of Cushman & Wakefield)

BOSTON – In the medical office building (MOB) acquisitions sector, there are the big buyers, those that grab headlines with large and frequent purchases, and there are those that fly under the radar just a bit while quietly building good-sized portfolios.

One of these firms is Boston-based MLL Capital, a private investor that since its founding in April 2016 by Kyle O’Connor, president and founder, has put together a portfolio of 15 MOBs with more than a million square feet of space.

Then on April 1, during the throes of the COVID-19 pandemic, the firm closed on the purchase of a 63,067 square foot, off-campus MOB in the Ravenswood neighborhood of Chicago’s North Side. The price, according to Revista, was $13.85 million at a capitalization (cap) rate, or first-year estimated return, of 8.1 percent.

The firm plans to inject capital into the seven-story building, which it has rebranded as Ravenswood Medical Center, and, perhaps, market the spaces heavily toward pediatric service providers. The building currently houses Advocate Children’s Medical Group Pediatrics, among others.

For MLL Capital, the recent purchases have helped propel it towards its goal of accumulating a portfolio of $500 million worth of MOBs, life science and lab facilities – hence the name MLL, which stands for Medical office, Lab and Life science.

So far, the company’s portfolio consists solely of MOBs – as life science properties have risen in price recently and been difficult to acquire, according to Mr. O’Connor, who adds that he is optimistic that such properties could become more attainable for a firm like his in the future.

And while the coronavirus crisis has certainly slowed the acquisitions market for both MOBs and life science facilities, Mr. O’Connor says MLL, which finances its purchases with its own equity and other investors as well as debt, is actively looking for opportunities, including core, core-plus and value-add deals.

HREI recently caught up with Mr. O’Connor, who has more than three decades of experience in commercial real estate, including spending nearly seven years prior to forming MLL as a principal with Boston-based Marcus Partners, a private real estate investment, development and management firm.

In the interview, he was asked about the company’s recent purchase in Chicago and some of the adjustments that had to be made in closing the deal during the COVID-19 pandemic. We also discussed the company’s founding and its plans for the future, his take on current market conditions, whether the increased use of telemedicine will have a negative impact on the need for MOB spaces, and other topics.