Rothman-branded MOB was the key for Atkins’ suburban Philadelphia project 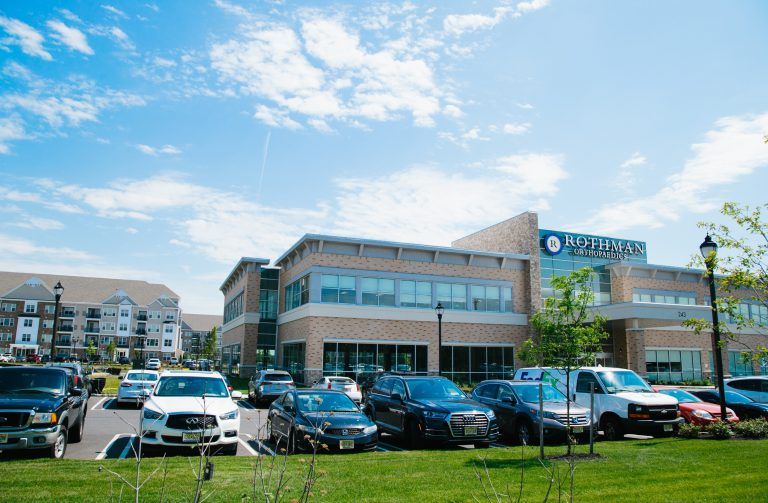 The notion that medical office buildings (MOBs) can be integral components of mixed-use projects is not completely new, as the concept has been gaining steam for several years now.

About 20 miles south of Philadelphia in Sewell, N.J., the idea has been taken a step further.

There, the Rothman Medical Building has become the focal point and has driven the success of the commercial portion of Washington Square Town Center. The ongoing project includes more than 300 apartments, 100 townhomes, an assisted living facility, three 10,000 square foot retail buildings and the MOB.

The two-story, 40,000 square foot MOB, which opened in fall 2018 at 243 Hurffville-Cross Keys Road, is fully occupied and is anchored by the Rothman Orthopaedic Institute. The institute is a highly thought of, increasingly successful Philadelphia-based practice founded in 1970. It now numbers more than 230 physicians in three dozen or so medical office locations in eastern Pennsylvania, southern and northern New Jersey, and metropolitan New York.

The MOB that Rothman occupies was developed and is owned by a joint venture (JV). The JV is comprised of the large orthopedics practice itself, which has a 50 percent ownership stake, and a partnership of West Orange, N.J.-based Atkins Companies and Fairfield, N.J.-based Woodmont Properties. Atkins and Woodmont, which have teamed up on projects in the past, are the codevelopers of the Washington Square mixed-use development. Atkins leads the commercial portion, including the Rothman MOB, with Woodmont developing the residential areas, which are now complete.