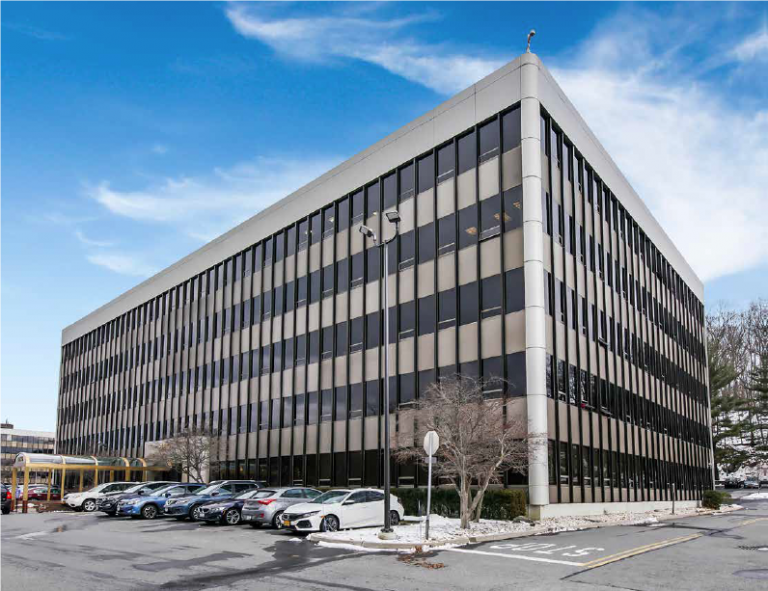 Ever since a growing, well-known local physicians’ practice signed its first lease in the Saxon Woods Corporate Center in Harrison, N.Y., part of affluent Westchester County just outside of New York City, the medical tenancy at the complex has risen steadily.

Until Scarsdale Medical Group (SMG) signed on in 2009, medical users comprised less than 10 percent of the tenancy in the two-building, 232,357 square foot (rentable) office park on a 15.3-acre campus just off U.S. Interstate 95.

With the property’s medical occupancy continuing to soar – it now comprises half of the 94 percent-occupied Saxon Woods – one of the healthcare real estate (HRE) sector’s most-active investors and development firms, Media, Pa.-based Anchor Health Properties, recently purchased the property and the two buildings at 550 and 600 Mamaroneck Ave.

According to industry sources who did not want to be named, the total investment for the two-building property will top $60 million. That includes the purchase price and more than $6 million in capital improvements the buyer has planned for the complex as it continues to convert more of the space to medical.

Although a news release from Anchor does not mention that the firm acquired the property with a partner, data from HRE research firm Revista, based in Arnold, Md., indicates that Chicago-based private equity investor Harrison Street Real Estate Capital was part of the joint venture (JV) partnership that purchased the facilities. The seller was a joint venture of Harrison, N.Y.-based Maxx Properties and New York-based Celestial Capital Group LLC.

As noted, Saxon Woods has made a remarkable transition from a general office park to medical in recent years.

According to an offering memorandum (OM) distributed in March, the medical tenancy in the two facilities was an aggregate 7.7 percent in 2006, three years before SMG became a tenant. But by Dec. 31, 2022, the medical tenancy is projected to reach 86.4 percent compared to 13.6 percent general office.

Ben Ochs, Anchor’s CEO, said in a statement that Saxon Woods is “uniquely situated to further medical office expansion eastern Westchester market, one of the most-affluent suburbs in the country.”

The surge in medical tenancy has certainly been driven by the property’s anchor tenant, locally based SMG, a 61-physician practice providing 25 specialty services. Saxon Woods, whose buildings were completed in 1969 and 1971 and underwent two major renovations over the years, is the group’s flagship location and serves as its headquarters.

The group, which has two locations, is expected to continue to increase its medical tenancy in the complex in coming years, as are other physician groups.

Perhaps one of the reasons for the continued expansion of SMG’s space in the complex, as well as of other medical tenants, is the fact that the physicians group in 2017 became a part of White Plains Hospital, which is about 3.5 miles from the complex, and its parent organization, Bronx-based Montefiore Health System, which has a Baa2 rating from Moody’s Investor Services.

The 292-bed White Plains Hospital, according to JLL’s OM, “is one of the best performers in the system, given  the  superb  payor  mix  of  over  76  percent  private/self-pay and is a strategic outpost in Montefiore’s expansion strategy beyond the Bronx.”

SMG’s tenancy in Saxon Woods, as well as its ownership by the health system, “creates synergies with independent physician groups that are affiliated or have practice rights at White Plains Hospital,” according to the OM.

Anchor officials note that as SMG as well as other practices seek more space at Saxon Woods in coming years, the leases of a number of general office tenants will be expiring, creating opportunities to increase the medical tenancy.

According to JLL, the weighted average (remaining) lease term (WALT) for general office tenants at Saxon Woods is 3.66 years, with 73 percent of the general office space expiring by 2022, while the WALT for medical tenants is 6.89 years.

“Rollover of the fourth and fifth floors of 600 Mamaroneck could provide an opportunity to offer adjacent space to SMG given its expansion plans,” JLL’s OM states.

Mr. Leathers of JLL tells HREI that the offering generated “strong interest” from a wide range of investor types, but that it received the strongest interest from “healthcare-focused investors.

That strong interest, he notes, was driven by “strong demand within the surrounding high-demographic communities for healthcare services. The ability to acquire a large scale offering in the largest, gateway metro helped attract investors that ranged from institutional to private and included interest from public (real estate investment trust) REIT capital,” adding that “the cluster of medical tenants also is synergistic for many of the tenants to benefit from referrals of patients.”

Anchor officials note that the company has acquired several general office and/or commercial properties that it has transformed to medical over the years.

But, according to Anchor’s Mr. Schmid, not all such conversions make sense, which is why the company considers myriad factors before making such investments, as it did before moving forward on the purchase of Saxon Woods.

Those factors, according to Mr. Schmid, include “location, design, systems and parking,” or the potential for a “major renovation.”

Saxon Woods, he adds, is a good example of a property that can be successfully converted to medical, noting that it “fits a thematic investment approach for us.”

Anchor Health Properties will provide property management services at Saxon Woods, with the firm’s Jason Bernheimer and Jay Buckley leading the effort. The company’s development team, led by Matthew Pirolli, will oversee the capital improvement projects planned for the campus.

For a copy of Anchor’s news release, please visit http://wolfmediausa.com/2019/10/02/news-release-anchor-health-properties-furthers-presence-in-new-york-city-msa-with-232000-sf-investment/