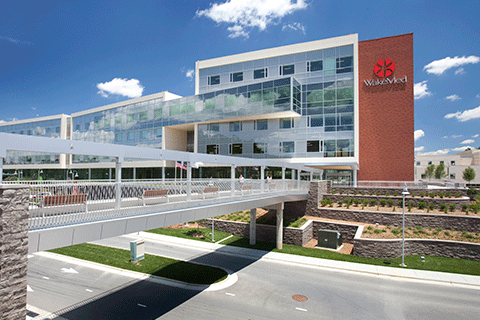 NEW YORK— May 30, 2019 — Hammond Hanlon Camp LLC (“H2C”), a healthcare-focused strategic advisory and investment banking firm, through its wholly-owned subsidiary H2C Securities Inc. (“H2C”), served as the exclusive financial advisor to WakeMed Health & Hospitals, a Raleigh, N.C.-based health system (“WakeMed” or the “System”), in the issuance of $207.7 million in Series 2019A tax-exempt, fixed-rate bonds, $79.0 million in Series 2019B variable-rate demand bonds (“VRDBs”), and $79.0 million in Series 2019C VRDBs (collectively, the “Bonds”). The proceeds of the Bonds will be used to fund projects on two of the health system’s campuses in Raleigh and Cary and to refinance existing indebtedness.

H2C’s advice to the health system resulted in cost savings for WakeMed, less risk in WakeMed’s capital structure, and more flexible bond documents and security provisions. Specifically, WakeMed achieved almost 50 percent savings in letter-of-credit fees and $38 million in cash-flow savings in the next seven years, with only a modest increase in maximum annual debt service.

“The 2019 financing resulted in a more balanced capital structure while also allowing WakeMed to lock in low fixed rates,” said Elaine Yao, Managing Director, H2C. “WakeMed is an integral part of the communities it serves, and the expansion at their Cary hospital will allow the System to grow in a key service area. H2C is honored to serve as WakeMed’s financial advisor.” ​Email Elaine

Through WakeMed Physician Practices, the System employed approximately 334 physicians and 195 advanced practice professionals at more than 80 office sites. The System has a medical staff of more than 1,100 physicians.

WakeMed is committed to improving the health and well-being of its community by providing outstanding and compassionate care to all. Learn more.

Hammond Hanlon Camp LLC (“H2C”) is an independent strategic advisory and investment banking firm committed to providing superior advice as a trusted advisor to healthcare organizations throughout the United States. H2C’s professionals have a long track record of success in healthcare mergers and acquisitions, capital markets, real estate, and restructuring transactions, acting as lead advisor on hundreds of transactions representing billions of dollars in value.