Browse: Home / 2016 / December / 20 / Industry Pulse: Interest rate increases not seen as likely to have a big impact on HRE

Industry Pulse: Interest rate increases not seen as likely to have a big impact on HRE 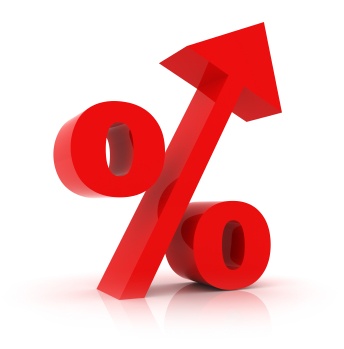 The Federal Reserve began cutting interest rates in September 2007 in growing recognition of the magnitude of the financial crisis. Rates were gradually reduced to historically low levels. The federal funds rate hit an unprecedented 0.25 percent in December 2008 and stayed there for seven years, when the Fed cautiously nudged the rate up to 0.5 percent. But at central bank’s policy meeting last Wednesday, Dec. 14, it voted unanimously to increase the federal funds rate by 25 basis points, to 0.75 percent. Moreover, with growing optimism about the U.S. economy, the Fed signaled that three more quarter-point interest rate increases could be ahead in 2017.

Interests rates are always a concern for real estate professionals, and healthcare real estate (HRE) professionals are no different. So far, few HRE experts have spoken out about last week’s increase and the Fed’s plans for 2017. But at the RealShare HRE conference in Scottsdale, Ariz., Dec. 7-8, shortly before the rate increases were announced, most panelists seemed to agree that the widely anticipated, modest increases would have little impact on the HRE space. The sector is still driven by its favorable demographics, the commitment by healthcare providers to implement real estate strategies regardless of potentially somewhat higher costs, its higher yields than most other sectors, a growing comfort level with HRE among institutional investors and a flood of new capital focused on the space. So, barring much larger interest rate increases than are currently being signaled by the Fed, the RealShare speakers seemed to agree that it should be business as usual for HRE in 2017.

The Fed’s decision to raise its benchmark interest rate by a quarter percentage point will have little effect on CRE, according to the Mortgage Bankers Association (MBA).