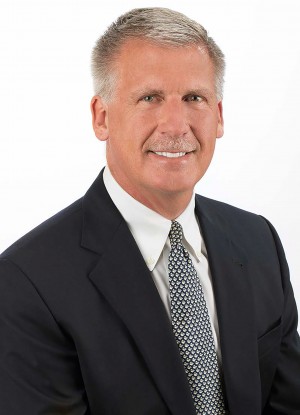 The challenge came loud and clear from one of the healthcare real estate (HRE) sector’s best-known, most-experienced and deepest-thinking professionals. At the InterFace Healthcare Real Estate Southeast conference in Atlanta in late 2014, Todd Lillibridge, president and CEO of Lillibridge Healthcare Services Inc., delivered the keynote address, “What’s Ahead in 2020?” He could just as well have dubbed it: “HRE companies need to adapt or find something else to do.”

“Major disruptive changes, or game changers, are occurring in all aspects of the healthcare sector, which include business models, technologies and treatments and care delivery,” noted Mr. Lillibridge, whose firm is part of the country’s largest healthcare real estate investment trust (REIT), Ventas Inc. (NYSE: VTR).

He rhetorically asked the audience, which was filled with HRE professionals and consultants of many types: “So what is your game changer? What is your company going to be doing differently in terms of business models? How are you going to make money in the long term?”

He then touched on perhaps the biggest fear among most HRE firms: “What happens when your biggest client all of a sudden merges with someone else and there’s another real estate department and they don’t know you and don’t want to do business with you? Then what?”

While one of Mr. Lillibridge’s intentions may have been to evoke a bit of fear and concern among those in the crowd, he also made it clear that his main objective was to provide motivation and inspiration for the firms that serve health systems and providers.

“I think that these game changers also create opportunities,” he said. “I think large companies, the REITs in particular, are going to get bigger. I think the service companies are going to continue to get bigger. The spin-offs will continue and I expect there will be big opportunities from the spin-offs of larger companies. There will be visions created, intellectual and financial capital brought to bear, and the ability to really go out and execute and compete in this exciting time in history where there’s a significant amount of tailwind behind us.”

What are the game changers?

As far as Mr. Lillibridge is concerned, HRE firms need to think outside of the box and expand their traditional ways of garnering business. To be successful, they need to be aware of what the healthcare sector’s game changers are and will be in the future. Here are some of the game changers that he noted:

■ The proliferation of new technologies in both diagnosing illness and delivering care. “Innovation is one of the largest areas of disruption in healthcare.” He added that the “value of data and data mining and … data analytics are becoming more and more prevalent.”

■ The continued implementation of the Patient Protection and Affordable Care Act (PPCA), or, perhaps, a disruption in its full delivery. “The Republicans are saying they’re going to repeal it. But I don’t think it will be repealed; it will be tweaked.” Mr. Lillibridge considers the PPACA to be the “best thing that’s ever happened to healthcare … the catalyst for change.”
■ The growing number of medical clinics offered by the likes of Walgreens, CVS and Walmart, which some see as the potential death knell for MOBs.

■ The proliferation of handheld devices that will allow patients to send information and symptoms electronically to caregivers.

■ The ongoing belief that hospitals and health systems are better off owning real estate than having third-party investors own it and manage it for them.

Where do the opportunities lie?

After pointing out the game changers facing the healthcare sector, Mr. Lillibridge also noted that he is optimistic about the future of HRE and its firms. Disruptive change, he told the crowd, can be “turned upside down” and looked upon as opportunities. “This is where people such as yourselves (ask), ‘Where do we play? Where do we figure out an opportunity?’”

For one thing, he said “consolidation in healthcare is here to stay and I think it will have a positive effect for the industry at large.”

“A client on Monday may not be your client on Tuesday,” he continued. “And that client on Tuesday may have a whole different attitude as to how they work with third-party brokers, owners and landlords. So we’re going to have to figure out how to deal with our clients in a different way than we’ve historically done in the past.”

Obviously, plenty of opportunities lie in the new delivery care models, he added. For the most part, the shift to providing care in outpatient settings will continue. At the same time, HRE firms should look into ways of assisting health systems as they make the move to providing post-acute care services. “If any health systems have yet to move into post-acute, they need to be in it now and they need to affiliate with experienced post-acute operators with great clinical excellence.”

As for the MOB sector being wiped away by the rise of so-called “minute clinics” operated by Walgreens, Walmart, etc., Mr. Lillibridge says he is compelled to pay attention to them but is not overly concerned.

“Many have the view that these companies will take over the world of outpatient care and that all of the medical office buildings (MOBs) are going to be empty,” he said. “But I don’t think that’s going to happen. The actual volume is relatively small.”

“I think there is a place for Walgreens and CVS,” he added, “Each have over 500 some odd stores, and we’re seeing our clients partner with them. We’re putting Walgreens in a number of our facilities and we actually think there’s a play that we need to be more aggressive in, in broader retail in general in all of our facilities.”

Another game changer that could expand opportunities for all HRE firms has to do with the potential, expected growth of the country’s REITs.

“Healthcare REITs are expected to grow by 50 percent or more in the next five years,” he said. “They currently own only less than 5 percent of the $1 trillion healthcare space. So we can expect to see, not just the three large healthcare REITs, but all of the REITs getting involved in healthcare. This will be a large opportunity for all of us, as there will be many more transactions and a greater need for service companies, buyers, designers, brokers, etc.”

In building MOBs and other outpatient facilities, health systems, and subsequently HRE developers, need to pay attention to the wants and desires of not only senior citizens, but two other, emerging segments of the population as well. Millennials, he said, “who are between 20 and 32, are expected to make up 75 percent of the workforce by 2025. In its September 17, 2014, issue, the Wall Street Journal referred to Millennials as ‘Our nation’s first savvy healthcare consumers.’”

The other important, emerging healthcare consumer is the “singleton, the large population of unmarried and divorced people who live primarily in large urban areas. Hospitals and health systems need to determine how to reach these audiences, communicate with them and build loyalty.”

Mr. Lillibridge told the crowd that now is the best time in HRE history to be involved in the MOB sector.

“The medical office building, whether it’s on campus or off campus is … here to stay.”

“We are in a unique period of what I call the tailwinds that are driving this business – both the Millennials and the over 65 population that is growing six times compared to the rest of the population but makes up one-third of the healthcare spend,” he said. “In addition, the Affordable Care Act is driving as many services as possible into lower-cost settings such as MOBs. I expect that we’ll see more systems raising the bar of acuity in these facilities because the technology exists today and it could as well in the future. So on a long-term basis, MOBs in particular will continue to be the front door to healthcare.”

Finally, as far as Mr. Lillibridge can determine, more and more health systems will eventually figure out that they should not be in the business of owning real estate, a determination that will provide even more opportunities for HRE firms and investors.

“Many of us have spent a lot of time educating this industry as to the fact that there are better places for them to deploy their capital,” he said. “Fifteen to 17 years ago, CFOs didn’t understand their true average weighted cost of capital. Now more of them get it.”

Over time, he said, “we’ve seen that there is truly no competitive advantage for health systems to own real estate. The advantages they have, hopefully, are their brand, technology and other aspects of their business — not bricks and mortar. Other industries such as hotels and retail have already figured out that there are better ways to deploy capital than owning your facilities. Many will probably agree with me that healthcare tends to be a little bit behind.”